For years we’d looked forward to the Pacific crossing.  Everything we’d read or been told about it was favourable.  Sailors we met who’d done it talked about calm seas and gentle trade winds.  For us however, the passage was marked with boisterous winds and confused seas.  It made for an uncomfortable ride and the only place to sleep was on the saloon floor.  Preparing meals became an exercise in endurance and showering was an athletic endeavour.  Finally, 20 days after setting sail from San Cristobal in the Galapagos Islands, we arrived at Fatu Hiva in the Marquesas.  The rough passage was soon forgotten as we absorbed the beauty of the spectacular anchorage of Hanavave with its mist shrouded jagged peaks and lush vegetation. 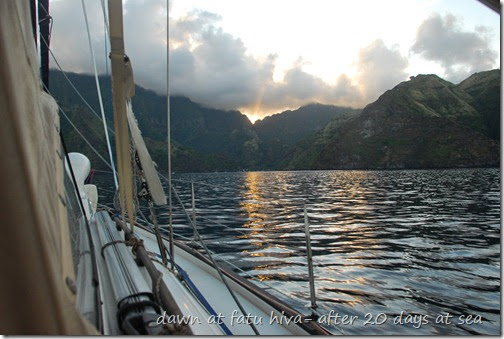 Calculations early in the passage had us arriving in Fatu Hiva for Easter but, as luck would have it, after blowing hard and fast for weeks the breeze lightened four days out.  Our speed dropped from consistent 7-8knots down to 3-4 and our daily runs plummeted from a high of 193nm to 130.  We debated motoring to get there but having sailed the entire way across the Atlantic we weren’t about to let a delay of a day or so spoil our record, so sail we did.  It was agonisingly slow and very frustrating.  The island of Fatu Hiva appeared on the horizon late on Easter Sunday and we had a lovely moonlit drift up the coast reaching the anchorage at first light on Easter Monday. 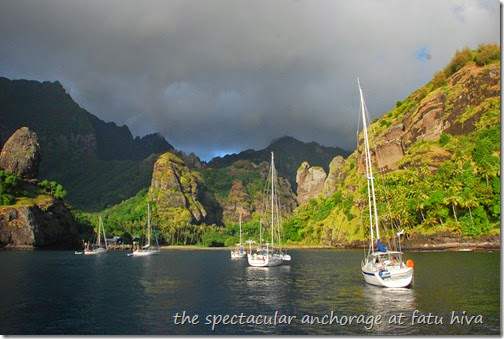 We dropped the anchor at 6am after receiving a warm welcome from  Peter and Catherine on Southern Cross who we left Cristobal with.  Yes…they beat us (damn these fast catamarans) but it was lovely to have a welcoming committee!  First up…sleep…then on to the arduous task of removing the gooseneck barnacles and brown beard that Bandit had developed during the crossing.  We left Panama with a freshly polished shiny boat and it was depressing to see the mess but everyone had the same problem.   No willing Haitian workers here so we attacked it ourselves - it took plenty of elbow grease! 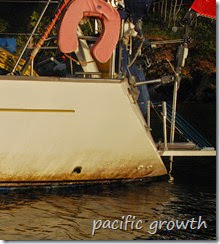 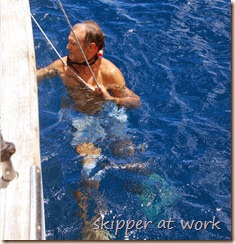 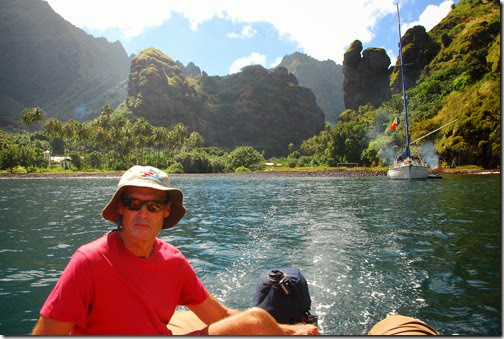 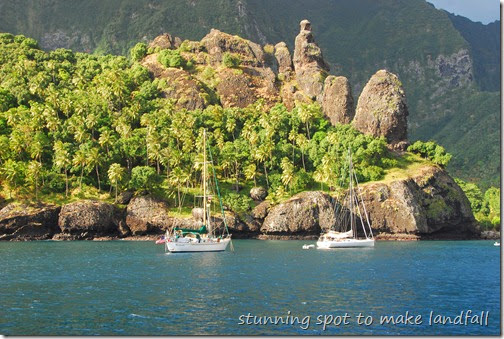 Once Bandit was sparkling we headed ashore to check things out, perhaps grab an espresso and check internet at a waterfront cafe.  Hmmm…this island is beautifully and wonderfully remote and even though we were keen to make calls home it was refreshingly delightful to find nothing much ashore.   As we had no local currency we had to trade with locals for fresh supplies.  They are pretty specific about what they want – rum, wine and perfume and they drive a hard bargain.   We traded a length of rope, lipstick and nail polish for a stick of green bananas, one breadfruit and three grapefruit.  Later we struck a good deal with another local who spied our waterproof bag.  These people aren’t shy and he asked us to give it to him.  Wild gesticulations (our French is non existent and their English is equally bad) revealed he needed a bag for his rifle so we shot back to Bandit and within an hour we’d whipped up a custom made waterproof rifle bag with velcro closure on our sewing machine.  He was thrilled and we walked away with yet more bananas and a backpack full of citrus. 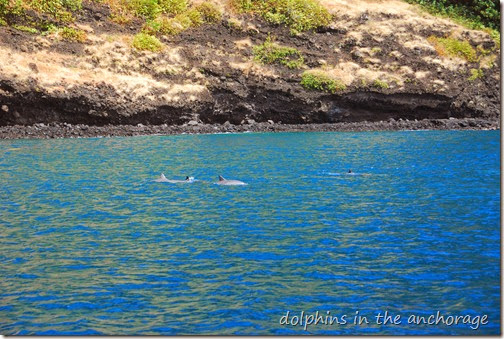 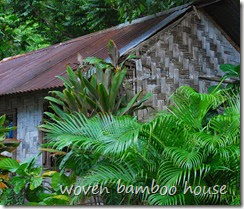 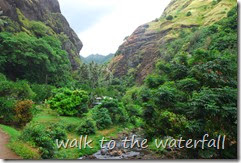 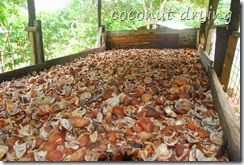 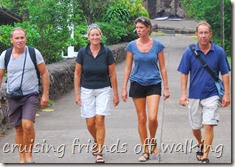 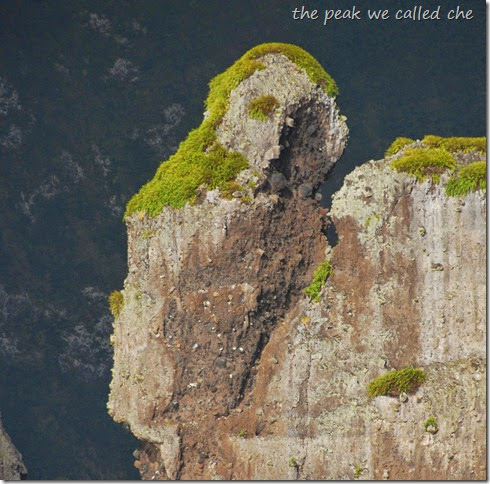 It would have been easy to linger but we weren’t officially checked into French Polynesia and while the local mayor looks favourably upon cruisers stopping for a day or so, we didn’t want to push our luck.   We’d wandered around the town snorkelled the shoreline and explored the lush valley so were happy to move on.   With brisk trade winds running we had a fast sail to beautiful Hane Moa Noe Bay on Tahuata.   Unlike Fatu Hiva with its black volcanic rock and sand, Tahuata has gorgeous white coral sand beaches.  Highlights were having manta rays feeding around the boat, snorkelling along the rocks with spotted leopard rays and buying fresh baguettes from the nearby village!   The bay was a good chance to have a catch up with boats we’d crossed the Atlantic with – Remi De, Outsider, Ooroo, Shakti, Antares and Merritulli.  What else to do on a beautiful Marquesan beach than have drinks at sundown? 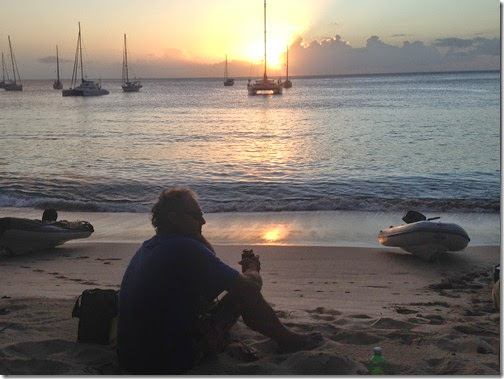 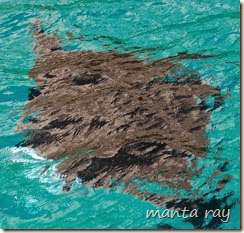 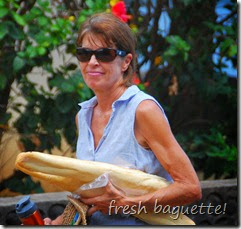 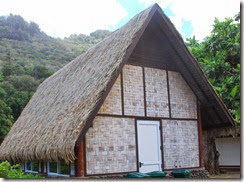 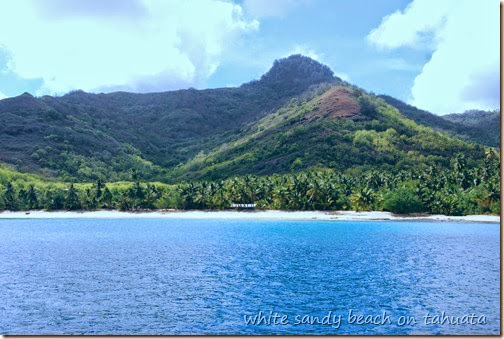 It would have been easy to linger but we need to clear in with authorities so it’s off to Niku Hiva.   We have enjoyed our first taste of land after our longest ever passage and can’t wait to explore more of these gorgeous Marquesan islands.   It’s wonderful to be at anchor at night again.  While it wasn’t very memorable our Pacific crossing is behind us – well the biggest chunk of it anyway! 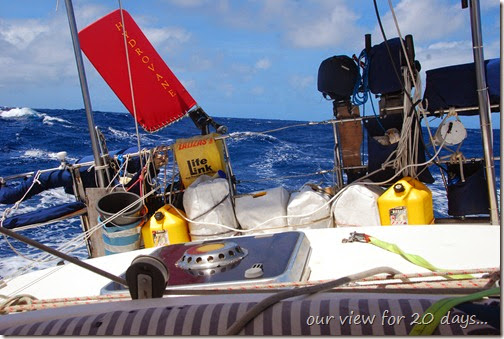 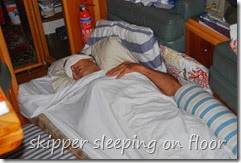 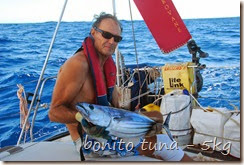 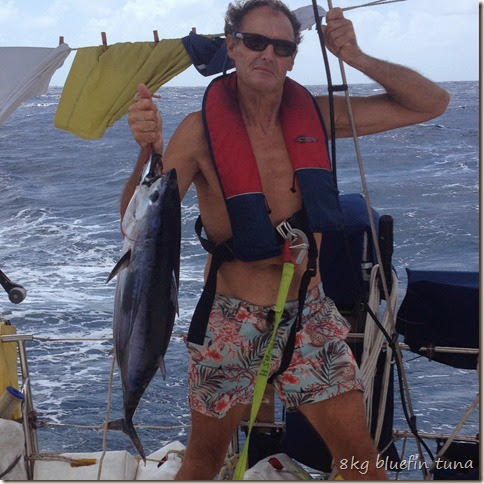 Posted by Brenda Webb and David Morgan at 19:34 1 comment: