The picturesque seaside town of Placencia, in southern Belize, was meant to be a brief stopover for Bandit; a place to clear in with immigration, re provision, check internet and wait for a weather system to blow through.   Along with Amanda and Mark on Balvenie, we’d headed here after three days in the glorious Sapodilla Cays. 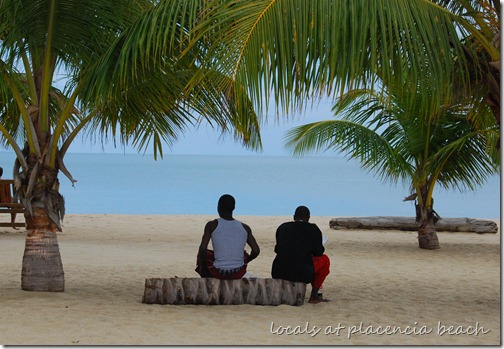 Belize gets frequent “northers” blowing down from the United States in December and January.  As the reefs and cays offer little protection for yachts, it’s essential to head for a safe anchorage such as Placencia to sit out these winds. 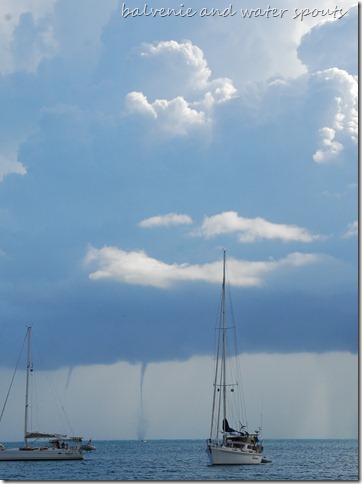 But our few days in Placencia turned into four, five and then six but oddly enough it wasn’t the wind keeping us there it was the cloud cover.  The wind never really came to anything but for days on end we had overcast skies which meant we couldn’t move very far.  The coast of Belize is strewn with coral reefs – much of it uncharted – so eyeball navigation is essential and that’s impossible with cloud cover. 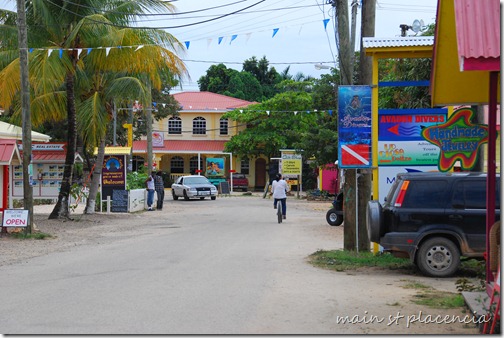 So procrastinate we did, ears pinned to the morning weather report hoping for a break….but it continued to be bleak.  Just as well Placencia was a gorgeous spot to wait.  With its bright colours, vibrant atmosphere, reggae music and spicy food, it felt thoroughly Caribbean even though it’s essentially a central American country. 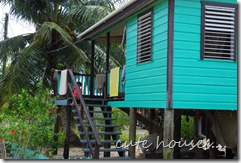 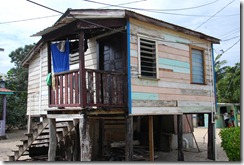 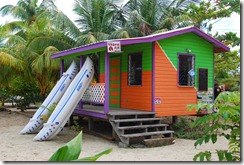 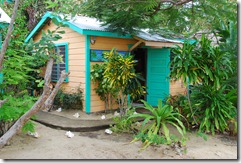 Life in Placencia is simple.  Townsfolk live in tiny houses, many appear homebuilt and most sit on stilts, theoretically for air flow and to keep bugs at bay but I reckon it’s for the magnificent sea views.  The beautiful beach stretches for miles and is coarse golden sand – the kind that doesn’t get in your lunch or stick to your skin – perfect. 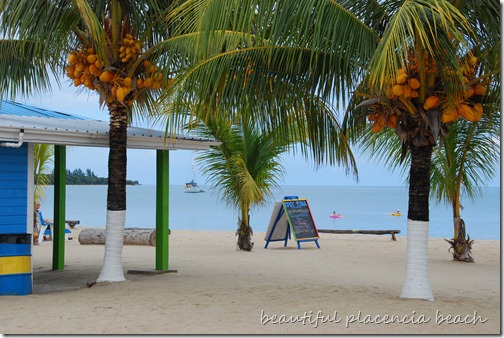 Placencia was spotlessly clean – the beach was regularly raked and we never saw any rubbish in the town.  This was an absolute pleasure after months of being in central America where everyone drops litter at random.   Sometimes you feel like you are living in a rubbish tip. 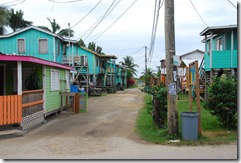 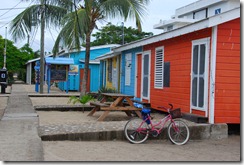 We found a fantastic coffee shop – sitting on stilts in a funny old wooden building - and wasted a few hours there drinking great flat whites, catching up on email and internet news and filling in time. 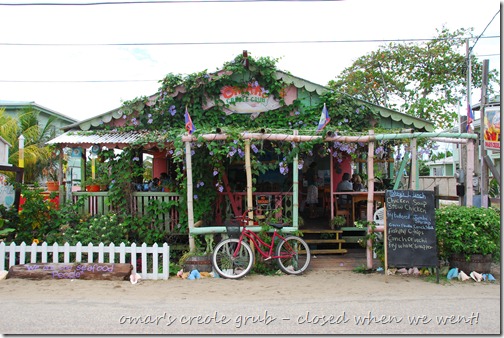 We tried to eat out at Omar’s Creole Grub, reputed to be the best (and cheapest) in town for fresh seafood, and highly rated by those in the know.  Come Friday night we dressed up and headed out with Balvenie only to find Omar’s was closed.  That’s how it works in the Caribbean!  Oh well, maybe Omar didn’t catch any lobster.  We found another creole restaurant and feasted on prawns and chicken. 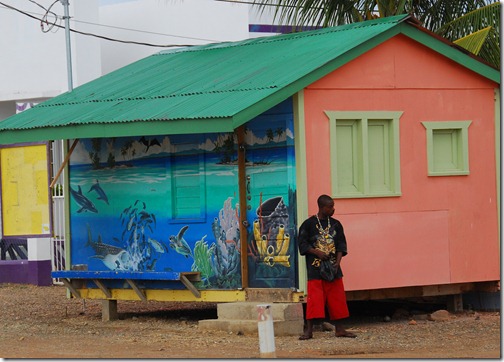 Another night we had a true creole feast thanks to my namesake Brenda who runs a great seaside shack on the waterfront.  Every day she’d ask with a huge smile “when you gunna eat here?”.  We eventually relented and for NZ$7 she dished us up a huge plate of plantain, breadfruit, turkey, gumbo, rice and a few things we couldn’t identify (and decided not to ask).  As it was her birthday she threw in rum, fresh fruit and cake.

Placencia certainly had its charm but by day seven we’d had enough.  We had detailed GPS coordinates for nearby Lark Cay so headed off and gingerly picked our way there dodging reefs and shoal ground. 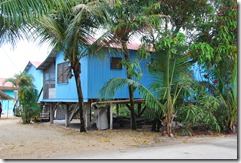 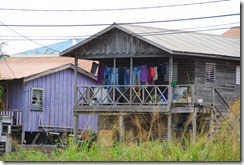 It was a safe anchorage and it was wonderful to see dolphins feeding right beside Bandit and a manatee surfacing nearby in the mangroves.  But the overcast weather continued so after two days we headed back to Placencia for another dose of internet and good coffee and to procrastinate a little longer.  The forecast is for sunshine by the weekend so with any luck, we’ll be able to continue our exploration of the Belize Barrier Reef which is the second largest in the world.

Posted by Brenda Webb and David Morgan at 19:52