The flip side of Colombia

Our recent blogs have talked about and shown the wonderful places in Colombia we’ve visited including the stunning UNESCO city of Cartagena – Colombia’s jewel in the crown.  But it would not be fair to show you only the airbrushed Colombia and not the nitty gritty.  Those visiting beautiful Cartagena alone risk getting a sanitised view. 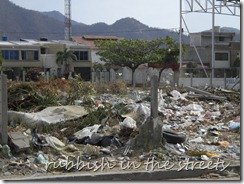 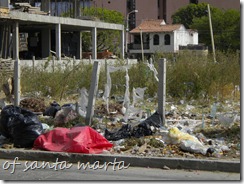 Colombia is the world’s leading producer of cocaine and where there are drugs there is corruption, crime and incredible disparity between rich and poor. There are lots of slums on the outskirts of Cartagena and Santa Marta which surprised us. 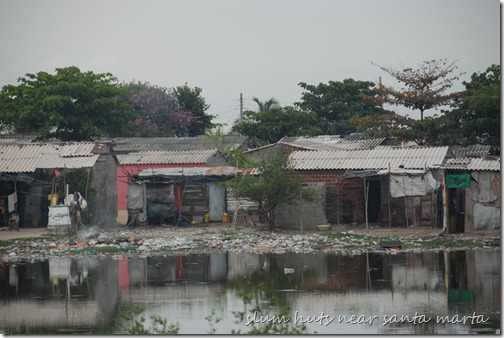 The rubbish was often unbelievable – we figured we’d left that behind in India but not so.  It’s always shocking to see rubbish so casually discarded and as clean, green Kiwis it frustrates us. 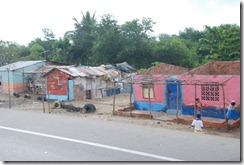 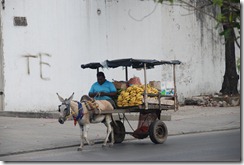 Some of the villages we passed through en route from Santa Marta to Cartagena appeared very poor with horses/donkeys and carts, cycle rickshaws and bicycles used for transport.  There was the usual array of street sellers hawking anything from cigarettes to candy and stands of fresh fish, fruit and vegetables for sale.  Houses were often basic but many were immaculately painted, clean and well tended. 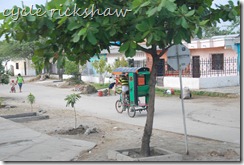 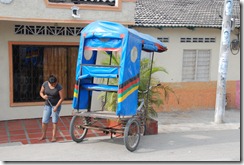 Despite the travel warnings out for Colombia (due to crime and risk of guerilla activity) we felt incredibly safe the entire time and were never threatened or intimidated in any way.  There is a huge police presence – most of the police we saw carried weapons of some sort, either pistols, semi automatic rifles or batons.  We loved our time here and hope to return one day to head to some of the inland areas.

Posted by Brenda Webb and David Morgan at 15:51