The war ravaged country of El Salvador wasn’t initially in our travel plans.  We hadn’t heard anything good about it but once we hit the road and began talking to other travellers….we started to hear fantastic reports……so change of plan, El Salvador here we come! 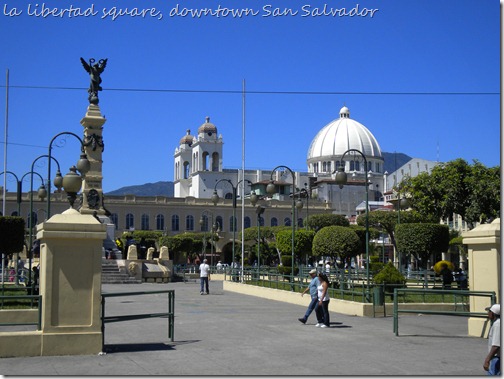 We opted to head straight for the capital which most guide books and a few fellow travellers describe as seedy, filthy, dangerous and not a place to linger….hmm.  We certainly weren’t going to pass through without checking it out. Our hotel owner assured us that during the day we would be safe…so off we headed on an ageing bus. 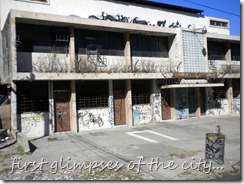 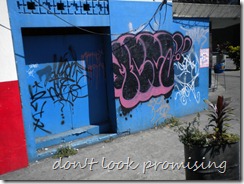 We left our cheap plastic Guatemalan watches behind but did take the small camera…keeping it well hidden in an inside pocket…and only took a few dollars. First impressions were of leafy and prosperous residential areas but as we headed into centro that soon changed.  We  passed derelict buildings smothered with graffiti, guards toting machine guns, the omnipresent razor wire and incredible rubbish everywhere.  But what did strike us was how friendly and helpful everyone was…from a person on the street who told us where the bus would stop to the driver, who told us where we should get off. 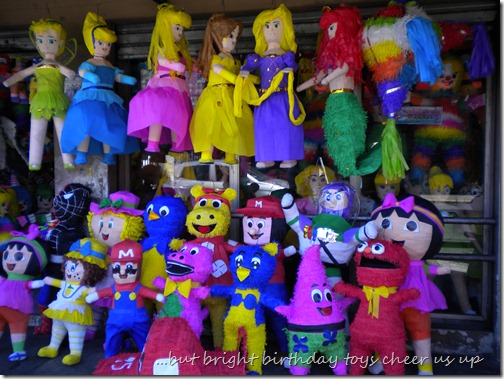 Centro was humming. The cathedral was full of worshippers and the two squares were dotted with locals selling food, drinks, watches….in fact anything you can think of.  There were handfuls of musicians dotted around playing guitar and piano accordian.  And of course there were beggars and street people but we didn’t get hassled. 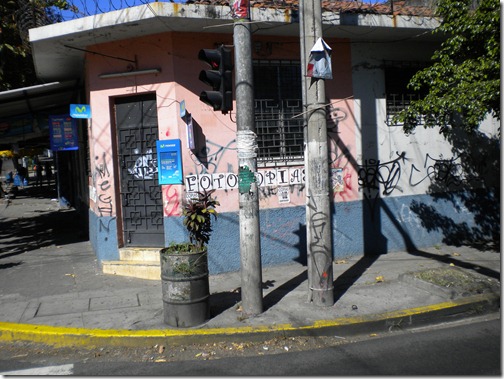 Being Sunday many shops were closed but those that were open were guarded by men armed with M16 or shotguns….as well as a pistol in their pocket.  Not sure whether this made us feel safe or unsafe. 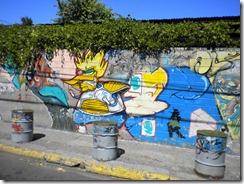 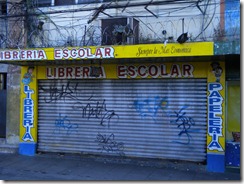 While we were sitting in the main square a local approached us, telling us ever so nicely that we stuck out and to be careful.  He reiterated that we were quite safe during the day but wanted to make sure we weren’t planning on staying on into the night.  We definitely weren’t!  Once again we were struck at the friendliness of Salvadorians. 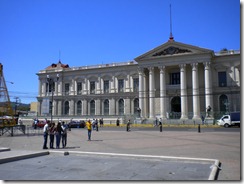 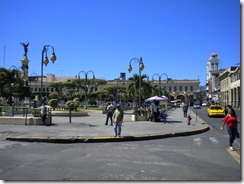 He also pointed out a few areas best avoided – day or night.  San Salvador does have a serious gang problem and while tourists generally aren’t targeted, there is a chance of getting caught in the cross fire.  Also…there is serious poverty here and anyone looking like a tourist is a target.  Hence the need to not carry any money. 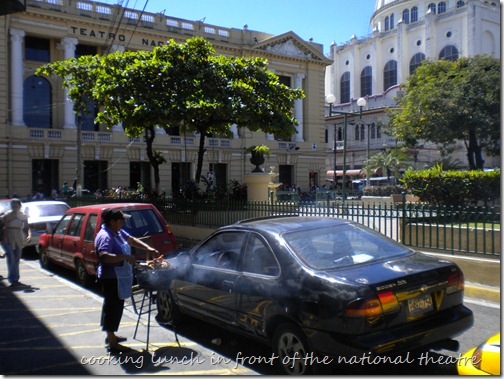 We found a great roadside shack selling pupusas….El Salvador’s national dish….so had our first taste.  A corn tortilla filled with queso and frijoles and served hot with picked cabbage on the side…they are absolutely delicious.  And only $1 for three! 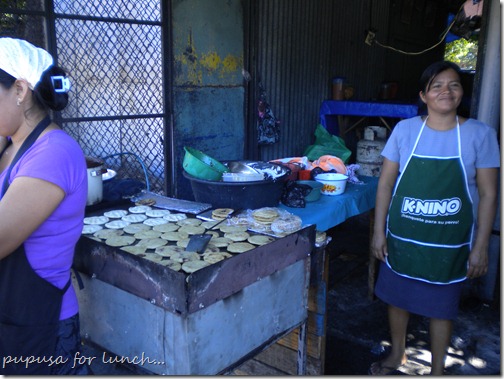 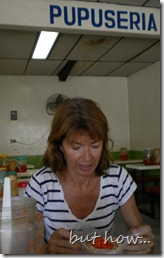 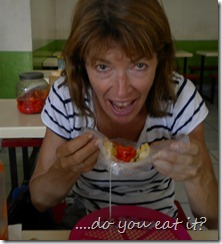 We spent the rest of the day catching buses which give a bird’s eye view and strolling around the secure and safe neighbourhood where our hotel was.   After two nights in San Salvador we decided to head for the hills….yet another round of chicken buses!  While we wouldn’t exactly recommend San Salvador as a holiday destination…..we were pleased we had the chance to explore it.  It’s definitely not the scary place it’s made out to be.

Posted by Brenda Webb and David Morgan at 01:55