During our winters spent working in the UK, we always tried to see as much as possible.  It was a case of working seven days a week for a month or two – then taking a week off and heading off to a place we’d always wanted to go.  Sometimes we’d rent a cottage in somewhere like Devon or Cornwall and explore by car, other times we’d grab a cheap flight and head off to a city like Prague 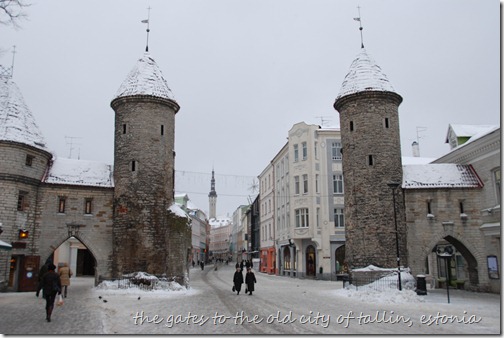 In 2011 we saw ridiculously cheap flights to Tallin, in Estonia, and as we’d always wanted to visit the Baltic we booked a week…in January, the coldest time of the year.  We packed all our Icebreakers including long johns, feather and down jackets, cashmere scarves and headed off to the winter wonderland. 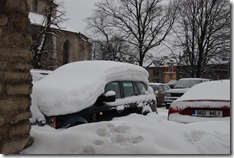 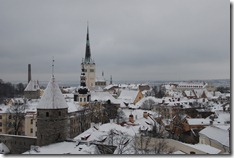 We flew into Tallin with thick snow on the ground but the plane had no problem landing unlike at Heathrow, where even light snow forces endless cancellations.  We sat beside a lovely Tallin girl who insisted her mother, who was picking her up, drop us off at our hotel.  It was our first introduction to the friendly and helpful Estonians. 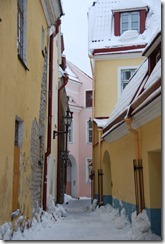 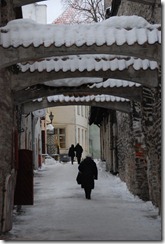 We loved Tallin, especially the old town where our hotel was.  We spent several days and nights just exploring the magical cobbled streets, taking tram rides out into the suburbs and every night having a glug or two.  Glug is the national drink…..like mulled wine but better! 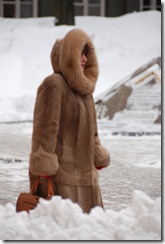 Highlight foodwise was sampling the traditional “elk soup”…yes, made from real elks.  It tasted like a very rich oxtail soup and was served with thick crusty bread.  Needless to say when it’s below freezing outside a bowl of elk soup and glass of glug are just what’s needed to warm up, along with a fox fur hat of course.  There’s not an animal right’s activist in sight - they wouldn’t survive – every second person wears fur and there are endless shops and stalls selling fur garments. 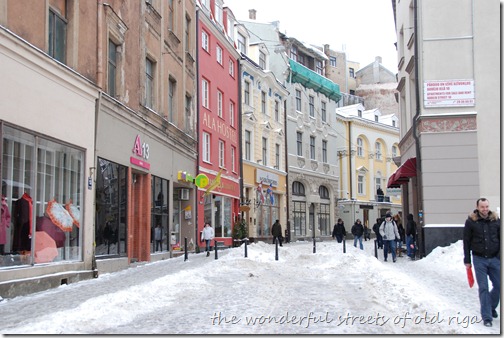 At one restaurant we even saw bear on the menu…but drew the line.  Instead we opted for a plate of foods typically eaten in the 18th century - salted fish, dried meats and cheeses.  Interesting. 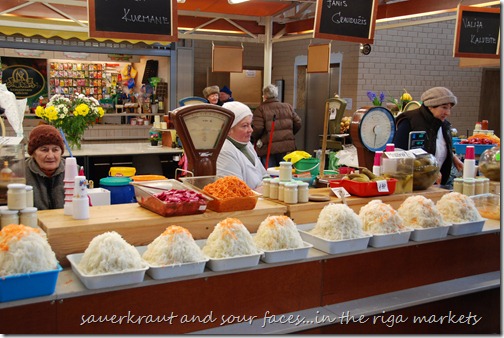 After a few days we decided to move on to neighbouring Latvia and caught a luxury bus to Riga, complete with movies, drinks and a bathroom.  The five hour drive was over icy roads with the frozen Baltic Sea on one side and a snowy landscape on the other.  We passed frozen lakes where fisherman sat on stools fishing through holes they had carved in the ice.  Any animals were obviously kept inside as there was no sign of life….despite driving through pastoral land. 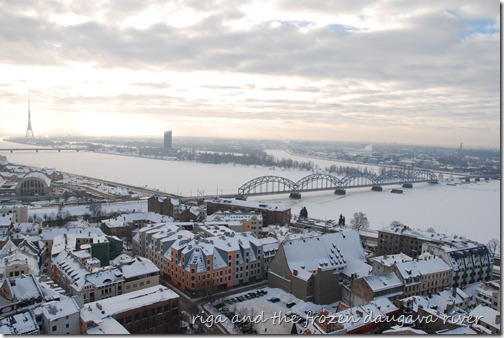 Riga is the capital of Latvia and we stayed in a fantastic hotel in the heart of the old town.  Once again the streets were covered in snow making for picture postcard scenes.  We climbed to the top of the St Peter’s church an had amazing panoramic views over the snow clad city and frozen Daugava river. 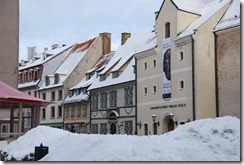 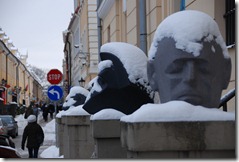 Founded in 1201, the historical centre of Riga is a Unesco World Heritage Site and has some amazing Art Nouveau architecture as well as some stunning old wooden buildings. 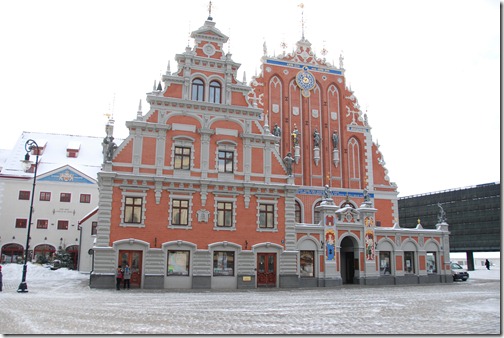 A visit to the  museum proved sobering as we read of the tragic history of this country and its people.  It was first occupied by what was the Soviet Union, then Nazi Germany.  By 1942 around 24,000 Latvian Jews had been killed by the Nazis.  Others were forced off their farms and from their houses and many fled.  In recent years their descendants have returned to claim their rightful property. 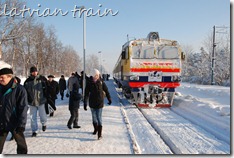 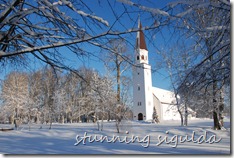 One day we took a fairly old and uncomfortable local train to the mountain resort of Sigulda.  The skies were deep blue providing some magical scenes.  We took a cable car across a frozen gully and river to an area where there are castles but it was too cold to explore them – our feet were freezing despite wearing silk sock liners. 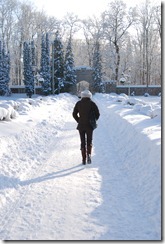 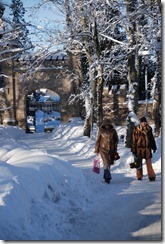 The temperature dropped to minus 24 so we headed back to a comfy cafe where we sipped hot coffee and ate chocolate cake! 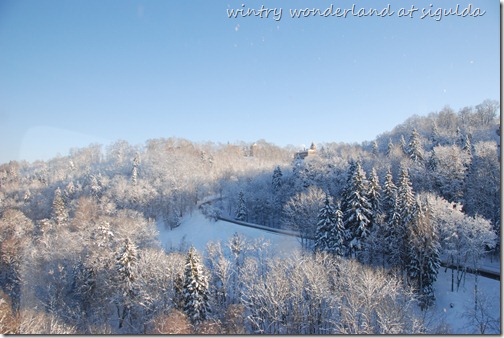 We bussed back to Tallin and had another few days enjoying this wonderful old town.  We had planned to take a boat across to Helsinki in Finland but ran out of time….next trip!

Posted by Brenda Webb and David Morgan at 17:03