An Island almost to Oneself

“Why on earth would you go to Suwarrow – it’s in the middle of nowhere and there’s nothing there.”  So said cruising friend Chris Evans from Tulu when we told him we were going to the remote Pacific Atoll made famous by Kiwi Tom Neale.  Neale lived there as a self sufficient recluse in the 50s, 60s and 70s and became an icon amongst cruising sailors who were his only visitors.  His classic book, An Island to Oneself, written about his time on Suwarrow inspired David when he read it many years ago.   Our visit was to pay homage to Tom as well as break the long passage from French Polynesia to Nuie.  And of course to visit a place Chris summed up so succinctly – an island so beautifully remote with absolutely nothing there.  Few cruisers visit as it is, fortunately, off the beaten track. 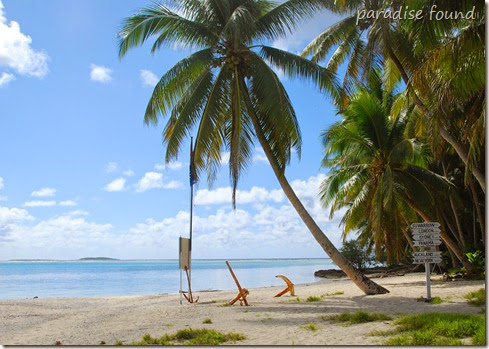 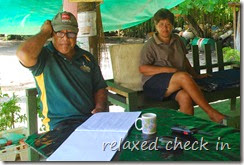 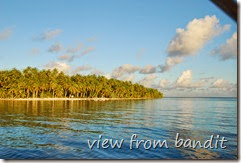 It’s easy to see why Tom loved Suwarrow – it really is an unspoilt paradise with its azure lagoon overflowing with marine life and sandy motus full of birds.  Tom lived on Anchorage Island for three extended periods between 1952 and 1977 until stomach cancer forced him to seek treatment in Rarotonga where he died.   When he first arrived by boat, the then 50 year old was overwhelmed by the beauty of Suwarrow.  In his book he wrote  “I’ve never seen so many colours as the vivid blues, greens and even pinks – no painter could have imitated those patterns formed by underwater coral at different depths.  I know this is the place I’ve been looking for all this time”.  Back then very few yachts visited and the crew off one, that blew onto a reef during a storm, ended up as castaways, staying with Tom for several months until they flagged down a passing ship to rescue them.  Another couple who visited in 1954 found Neale in agony having injured his back and nursed him back to health. 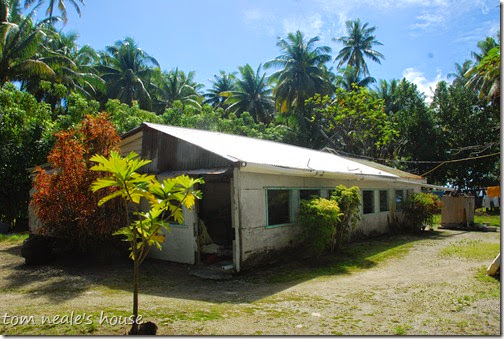 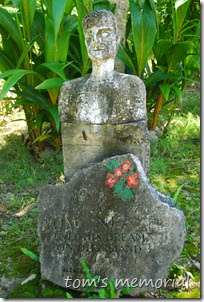 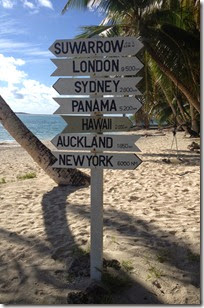 Nothing much has changed since Tom’s day except the island is visited by far more yachts.  When we arrived there were seven boats in the anchorage but they slowly left and for the last two days there were just three of us – bliss.  Suwarrow remains an idyllic haven and we felt very privileged to be able to spend time there. Tom’s house still stands as does a statue in his honour.  Suwarrow is looked after by caretaker Harry Papai and his wife Vaine.  They spend six months on the island and are kept busy dealing with the official paperwork for visiting yachts, monitoring the rat eradication programme, keeping an eye on the nesting birds on the outlying motus and keeping their house and grounds tidy.  It’s a lonely life, especially when the trickle of cruising yachts tails off but one they thoroughly enjoy.  In typical hospitable Cook Island style, Harry swung by one afternoon to offer the cruisers a freshly caught fish for dinner!  Another night the couple hosted a pot luck dinner onshore where Vaine’s corned beef casserole was the star – it was absolutely delicious! 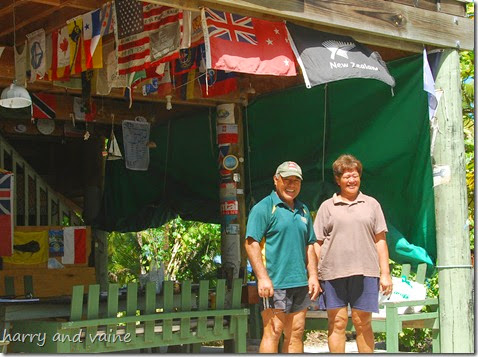 The Suwarrow lagoon is full of sharks but Harry assured us if we snorkelled on the marked reefs near the main island we would be fine.   We were happy to follow his orders and had a wonderful time snorkelling with a manta ray who seemed oblivious to us floating above him while further below white tipped sharks slept on the sea bed.  We also snorkelled on reefs with some of the nicest coral we’ve seen.  Of course we were always accompanied by inquisitive black tipped sharks even when we swam off the back of Bandit.  David couldn’t resist hand feeding the sharks on the other side of the island. 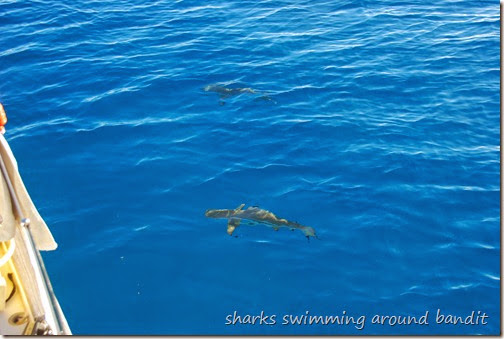 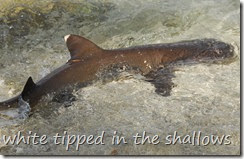 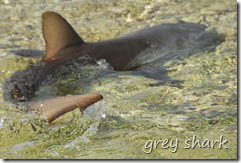 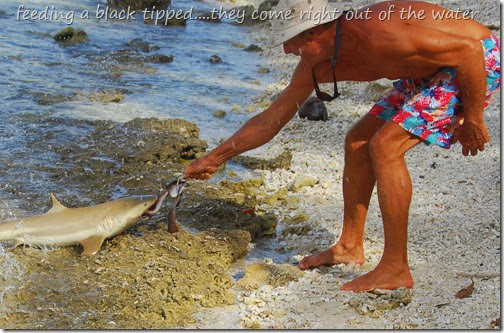 It’s forbidden to land at any motus other than Anchorage Island due to the numerous birds who nest and lay eggs there.   A rat eradication programme has proved successful – we didn’t see one during our stay.  Apparently previous cruisers reported having rats join them for drinks on the beach.  As always there were jobs to do – repairing our genoa and bimini damaged during our rough trip to Suwarrow.  But at the end of each day there was always a cold beer to be had! 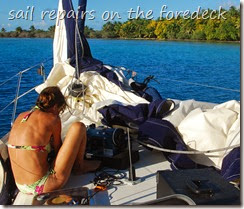 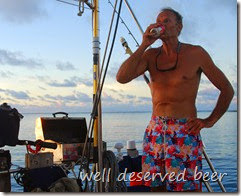 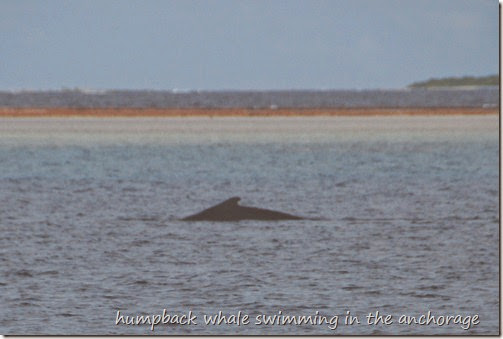 A highlight of our time was having two humpback whales swimming through the anchorage – right beside the boats.   We were in the tender on our way snorkelling and by the time we went back to get the camera they were swimming away.  It was a very special experience being so close to them in the tender – they were only a few boat lengths away.  By the way – Chris (and wife) Sara took our advice and visited Suwarrow and loved it.  When they come to New Zealand in February we’ll lend them our copy of Tom Neales’ book.

Posted by Brenda Webb and David Morgan at 03:02