Life in the Grenadines

Brightly coloured fruit and vegetable stalls, friendly people, that ubiquitous turquoise water, palm trees, pristine white sand, stunning coral reefs…….tiny Union Island in the Grenadines was an unexpected delight.  We only planned to stop in here to clear out – it is a point of entry and exit for St Vincent and the Grenadines.  Other cruisers hadn’t rated the town or anchorage of Clifton highly but we loved it.  So much so we visited twice! 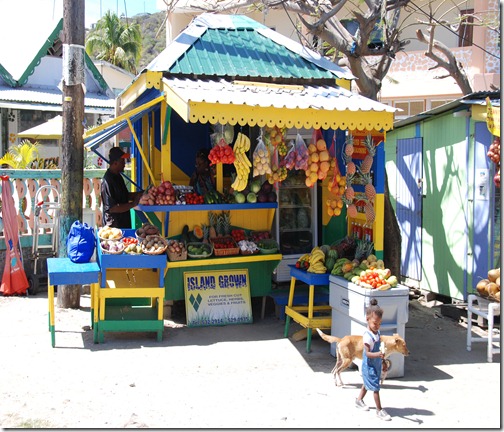 It was a great spot to reprovision and internet - perhaps two of the most important things for cruisers.  For a week we’d been in remote spots without internet or reasonable provisions so time to catch up!  The wifi was fast and free and we could sit at the waterfront bar to do it…..and so we did.  What a view!   It’s easy to spend hours doing so. 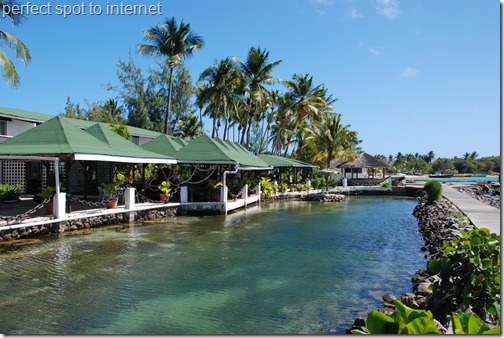 Some say life is too short to spend long on the internet – but for us it’s our lifeline with the outside world and a chance to skype parents, children and friends, catch up on emails and news and of course, update the blog as well as research sailing destinations.  And we ease our guilt by telling ourselves we only do it about once a week. 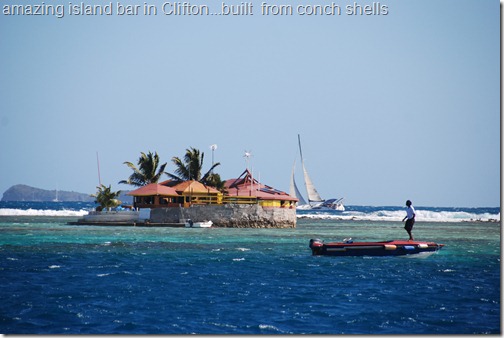 Rewind a few days…….to Chatham Bay on the west coast of Union Island where we swam with one of the biggest turtles we’ve ever seen.  He (or she) wasn’t going to let us get too close – she’s that size for a reason!  The beach was just beautiful – soft white coral sand edged with palm trees and that turquoise water lapping in.  Bliss. 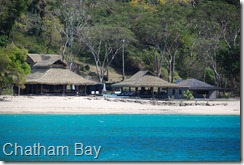 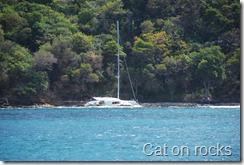 We thought about staying overnight, but the sight of a catamaran on the rocks was a bit too sobering.  A friendly local we met on the beach told us it had been tied to a mooring and dragged in strong northerly winds.  A very good reason to never pick up a strange mooring.  Boat boys in the Caribbean often urge you to take a mooring, but we trust our anchor and so, to their chagrin, politely refuse their offers and drop our delta.  It hasn’t let us down yet.  We’d rather rely on that than a mooring that may be tied to a concrete block with a piece of string. 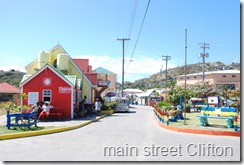 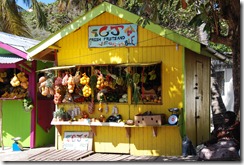 So onto Clifton.  It’s a tricky anchorage – there’s a big coral reef in the middle and you can anchor either side.  The entire east of the anchorage is also surrounded by a coral reef.  We found a good spot to drop the anchor on sand and snorkelled up to check we were dug in – we wouldn’t want to drag here.  We also set all our anchor alarms.  Since we’ve been in the Caribbean we’ve never had less than 15 knots of wind…..usually it’s consistently 20 or more, so anchoring in a sheltered spot has become a bit of a mission. 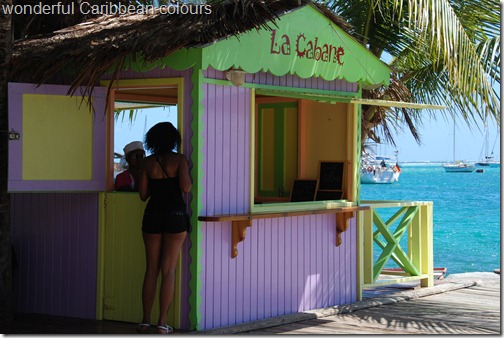 Ashore we were greeted by bright street scenes – gaily painted shacks selling all manner of tropical fruit, hand crocheted Rasta hats, gorgeous Caribbean dolls and some pretty cool Caribbean shirts.  We bought a pineapple, papaya and local bananas as well as a cabbage….it’s impossible to find lettuce here so it’s coleslaw which isn’t too bad with fresh pineapple in it. 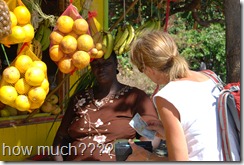 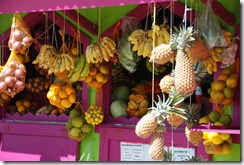 Union Island was a cotton growing island until slavery was abolished in the 1800s.  Now they grow nothing – everything is brought in from St Vincent. The predominant culture is, unsurprisingly, African with a vibrant Maroon heritage. What astounds us most about these smaller Grenadine Islands is the lack of any kind of market gardening.  Produce is simply shipped in and sold with a huge mark up.  When we ask the locals why they don’t grow anything the answer is always the same - “the ground is no good”.  Hmmm. 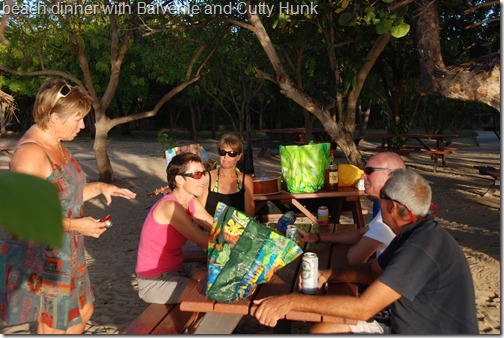 We had planned to head south but a VHF call from Balvenie had us sailing two miles north to Saline Beach on Mayreau where Cutty Hunk was also anchored.  We had a wonderful Kiwi potluck dinner ashore on another of those spectacular beaches – acres of white sand and the clearest water.  Cruise ships anchor off here and cart their passengers in for barbecues put on by the locals.  Luckily, the night we used their pristine shorefront location there was noone else around but the next morning we woke to see the Marco Polo anchored off, spewing out passengers into liferafts to be ferried ashore  Hmm..time to move.  But not before a snorkel on a wreck.  The wreck wasn’t that great but the nearby reef was fantastic – some beautiful soft coral and intriguing fish including those wonderful spotted rays with their long tails. 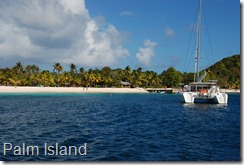 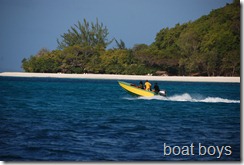 From Saline we went to Palm Island for lunch.  This is one of several privately owned exclusive resort islands in this area with hideaway villas costing around US$2000 a night.  We swam ashore and had a wander on the deserted beach – obviously times are tough for high fliers.  After checking out of Union Island (and the Grenadines) we headed to Petit St Vincent – another exclusive expensive resort with no phones and no internet. If you want room service you hoist a flag! 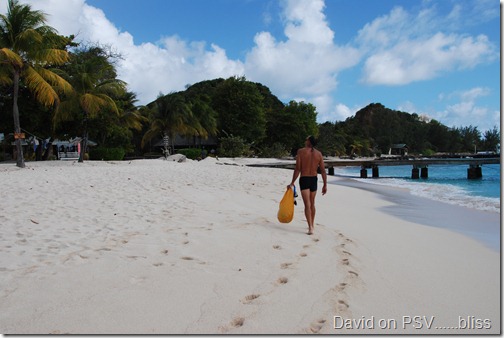 We tendered ashore where a friendly chap invited us to the bar for a drink.  Didn’t think our credit card could deal with this so we politely declined but he told us we were welcome to wander along the beach.  We did.  It was stunning.  We later discovered (on the website….check it out) we could have booked the entire island for the night for a mere US$300,000.  Nice to dream. 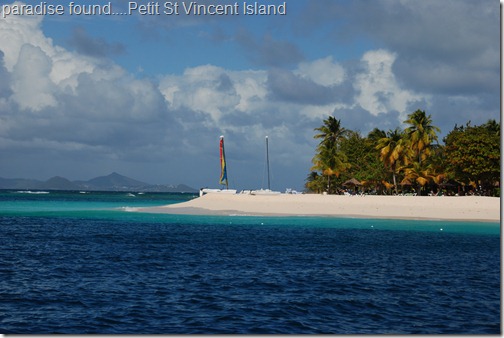 Posted by Brenda Webb and David Morgan at 22:02