Grenada is the world’s second largest producer of nutmeg and as well produces rum, chocolate, a whole range of spices and some amazing tropical fruit.  We just had to explore this lush island so booked a tour with “Shade Man” who took us in his minibus that has definitely seen better days – but no worries, this is island style. 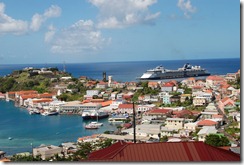 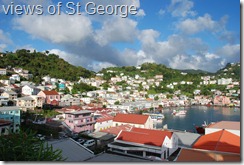 We took a day to drive around the entire island……stopping for morning tea and lunch along the way.  For the coffee addicts amongst us it was an exasperating day.  Shade Man told us we hadn’t a hope of getting coffee on the island after 8am - “after that we drink rum”.  Hmmm, now there’s a thought!  The truly desperate Mark off Balvenie opted for instant…..we opted for a dip in the waterfall instead. 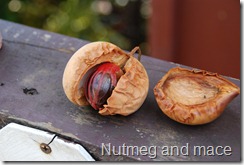 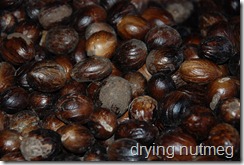 We had a great day – visiting a nutmeg factory and chocolate factory all of which meant we were too late for the rum factory.  Never mind.  We’d done that in Martinique and Barbados and there’s only so much rum one can drink on a sunny Friday afternoon.  But I digress….the nutmeg factory was a fascinating stop.  The nutmeg fruit grows on a large tree (up to 75ft high) and when ripe is harvested and the outer fruit removed and used for jams, sauces and syrups leaving the colourful red lacework of mace surrounding the brown nutmeg.  The mace is stripped off and used for spice and cosmetics then the nutmeg is extracted from the remaining shell. 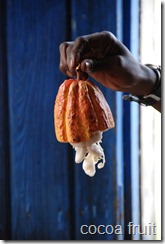 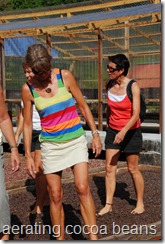 Next up was the Grenada Chocolate Factory and yes, there were plenty of free samples but first an animated presentation by a knowledgeable local.  The cocoa fruit likes heat but not sun so is grown under the canopy of banana, papaya, breadfruit and mango trees.  When ripe the orange fruit is split open and the white beans extracted from the sweet flesh.  Beans are then fermented before being placed on racks in the sun to dry.  They’re aerated by local women and yes….we just had to have a go….fantastic free foot massage. We then drove through the middle of the island through the Grand Etang National Park. A stop at the lake prompted a team photo call. 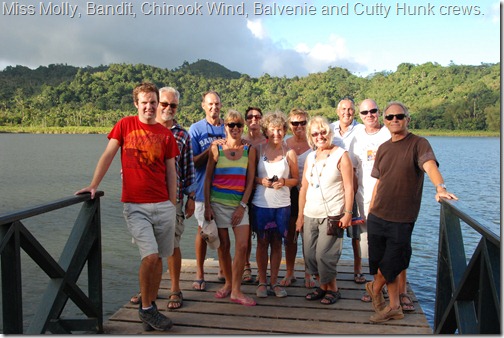 Since arriving in Grenada we’ve anchored in Prickly Bay and it was a revelation to leave the gorgeous south coast with its multi million dollar fully staffed holiday homes mainly owned by wealthy Americans, and head into the hills. 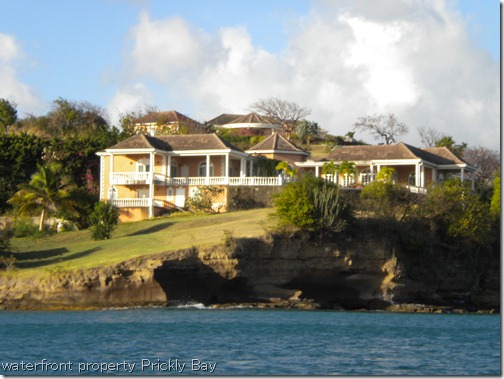 Houses there were far more modest – many of them shacks – and living conditions were basic.  Main industries on the island are agriculture and tourism and tourism really only touches on the south coast. 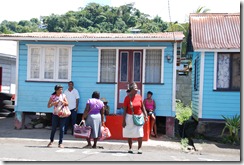 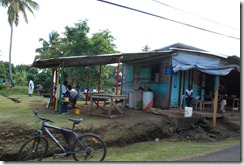 Grenada’s interior is lush and green, thanks to its mountains and high rainfall and it is dotted with waterfalls.  We went to the Concord falls and just had to have a dip – far cooler than the 28deg temperature of the water in Prickly Bay. 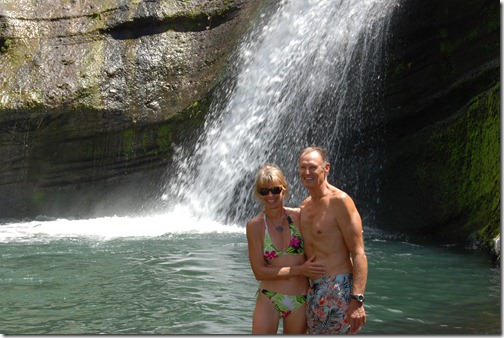 Lunch was at a local village restaurant with spectacular views out to sea and we had the best roti we’ve ever had. Shade Man insisted on driving us along the runway of the abandoned airport, dotted with wrecks of old planes used by the Russians in the 1983 coup. This was when a US led invasion, backed by Cuba and Russia, ousted the four year revolutionary government. 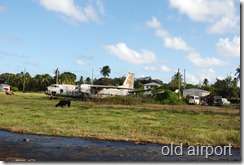 Evidence of the catastrophic 2005 Hurricane Ivan was everywhere.  A brand spanking new stadium stands proudly beside the ruined old one, in St George the cathedral remains roofless and everywhere there are damaged houses.  The hurricane also devastated fruit and nut plantations. 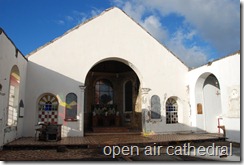 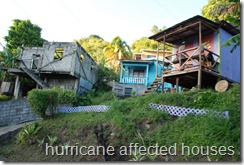 Bandit’s stop before Grenada was the small island of Carriacou.  We enjoyed snorkelling the pristine waters of nearby Sandy Island and exploring the local town of Hillsborough.  It was at Hillsborough we had our hands firmly smacked by an officious young customs chap when checking in.  We’d anchored Bandit in nearby Tyrell Bay and bussed over which apparently was a no no.  We could have spread an infectious disease to all those people on the bus our officious chap growled.  We longed to point out that we were in far more danger of picking up something from the bus than leaving anything behind, but just smiled and apologised and left laughing so much we had tears rolling down our faces. 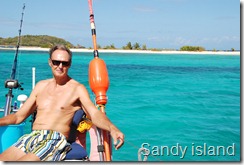 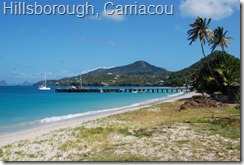 Last week Sam flew in from his high pressure job as chef on the super yacht Anna Eva for a few days with us.  He’d had a week in London with friends first and came armed with presents including a Kindle and hard drive and loads of yummy food.  We felt very spoilt.  On Friday we took a local bus to Grenville, a town on the east coast.  We were definitely the only tourists in town and enjoyed a roti on the roadside before exploring the local markets.  Down at the seafront fishermen were busy hauling their catch of tuna, wahoo and mahimahi ashore and selling it at ridiculously cheap prices - NZ$5 kg! 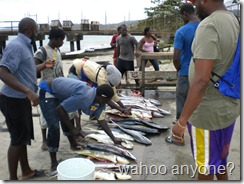 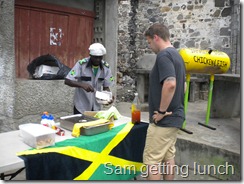 It was fantastic to have Sam on board but, as usual, all too short.  We hope to leave Grenada in the next few days for Blanquilla and Los Rocques in Venezuela then onto the ABCs….Aruba, Bonaire and Curacao.

Posted by Brenda Webb and David Morgan at 22:30