We didn’t really think anything could compare, beauty-wise, to Los Roques.   So, we arrived in the neighbouring Venezuelan islands of Las Aves prepared to be underwhelmed…and initially we were.  Maybe this was because we were on a mission to visit Kiwi boat Chinook Wind.  Sadly, Chinook Wind ran aground here in late February and anchoring within sight of her made us feel rather sombre and no doubt clouded our initial view of Ave de Barlovento. 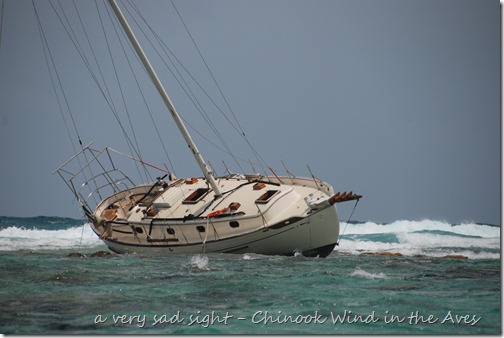 Chinook Wind crossed the Atlantic behind us in January and was part of our daily SSB sked, the Magellan (Mag) Net.  We were in Prickly Bay, Grenada together and had some fun social times. The day Dick came on the net to say they had struck a reef was devastating news. 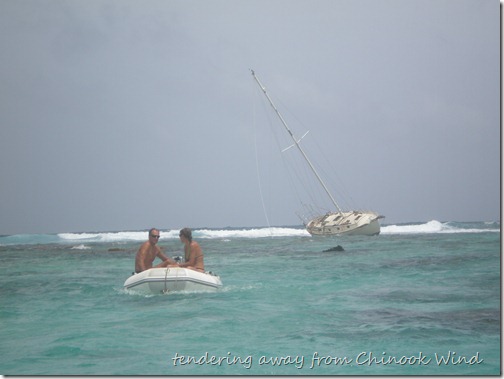 As we were only two weeks behind Chinook Wind, we decided to visit in the (naive) hope we could salvage something for Dick and Anne.  It was tricky navigating our way through the reef strewn waters and wonderful to be with fellow Kiwis Mark and Amanda on Balvenie.  We anchored Bandit and Balvenie about a mile from the reef on which Chinook Wind sat and took the tenders as close as we could, swimming/wading the final 100m.  She was a very sad sight, having been completely stripped of anything of value.  We couldn’t feel anger at the local fishermen responsible - they live a pretty meagre existence and for them it would have been a gigantic windfall. 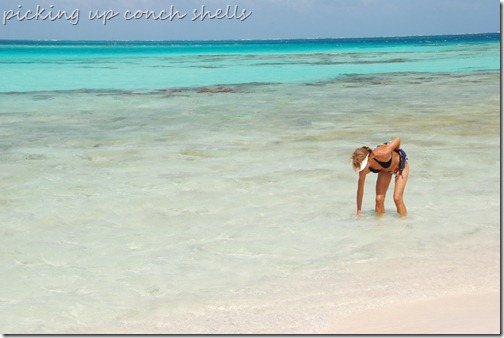 Later that night we sat in Bandit’s cockpit feeling absolutely desperate for Dick and Anne.  Nothing for it but a game of 500 to lift the spirits and, wouldn’t you know it, the girls once again thrashed the boys!!  (Will someone explain the subtleties of the game to Mark?  On second thoughts…let’s just leave him to figure it out himself!) 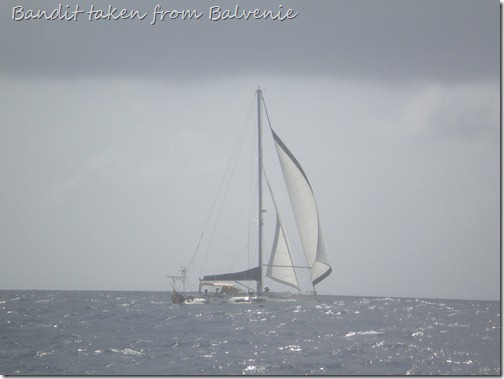 We didn’t need to linger in Ave de Barlovento any longer…..so off to the next island, Ave de Sotovento. Our moods brightened considerably as we caught two good tuna en route – dinner taken care of. As Ave de Sotovento came into sight we could see it was a far nicer than Barlovento with those familiar turquoise waters and unbelievably white sandy beaches.  We dropped the anchor in five metres of crystal clear water and immediately launched the tender to go exploring. 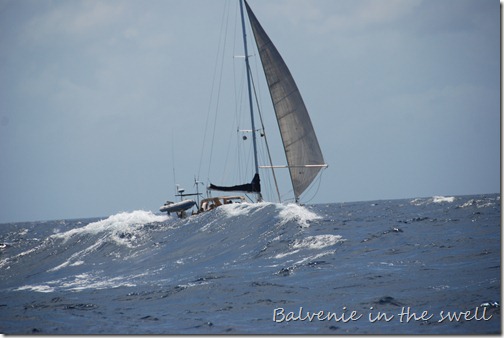 What a stunning island….and it was just us and Balvenie there.  The snorkelling was wonderful – not as many fish as on Los Roques but some lovely coral……most of it alive…..and some fantastic conch. 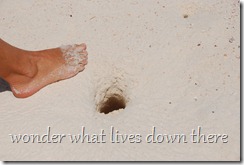 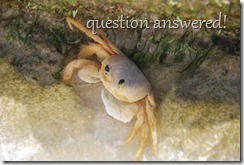 We’ve been in remote anchorages for nearly two weeks now and so getting low on fresh fruit and vegetables.  Just as well we caught tuna as the freezer supplies are zero.  Time to head to civilisation. ….rather reluctantly of course.  Spending time in these amazing Venezuelan islands has been a revelation.  We never knew they were so beautiful and so uncrowded…..in fact we didn’t even know they existed!  We’ll certainly never forget them. 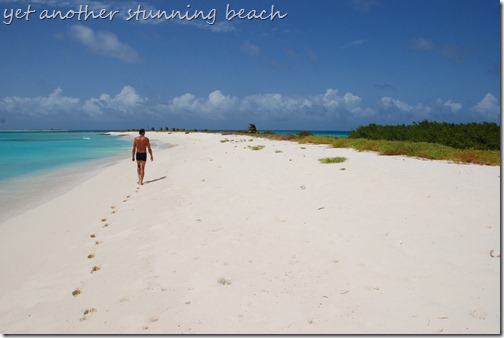 Posted by Brenda Webb and David Morgan at 20:15