Bonaire had been on our horizons for some time.  Youngest son Ryan spent a summer here five years ago and raved about the diving he did as have so many others we’d met.  As it was on our route west….we came.   Part of the Netherlands Antilles, Bonaire lies 100kms north of Venezuela and has a population of 10,000.  Bonaire is one of the ABC islands….Aruba, Bonaire and Curacao and we hope to visit all three. 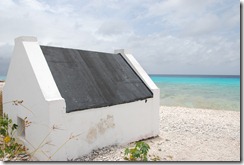 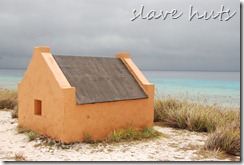 Have to say, the desertlike flat interior of the island is not startling. We hired a car with Mark and Amanda from Balvenie and went to the Washington-Slagbaii National Park in the north and were less than impressed. If you’re into cactus, aloe, lizards and dust then you’d love it.  It just didn’t do it for us – but maybe that’s because we prefer the rolling green English countryside dotted with oaks or the lush New Zealand native bush. The south is dotted with huge salt flats and a lagoon, Lac Bay – ideal for swimming, snorkelling and windsurfing. 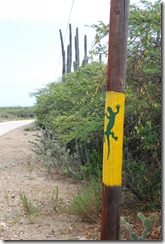 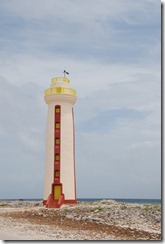 But we didn’t come here for the countryside – we came for the pristine and protected waters Bonaire is famous for.  One of the richest reef communities in the West Indies, Bonaire has plunging reef walls that drop to a sandy bottom at 60m or more.  The corals are quite magnificent including elkhorn, staghorn, brain and gorgonians.  There are huge areas of soft coral – like underwater gardens.  Best of all – you can simply walk in off the beach. 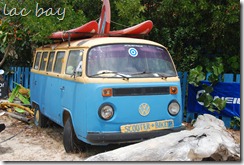 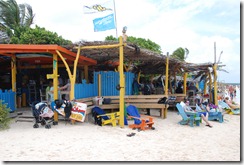 Anchoring is forbidden anywhere (to protect the coral) so we hooked onto a mooring in 5m of  water 50m off the beach and jumped overboard for a look.  Wow – not only was the water some of the clearest we’d seen – but there was a tropical aquarium right under Bandit’s keel. 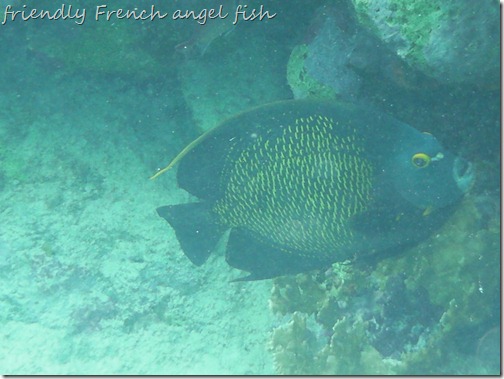 Checking out our mooring block we were entranced by a beautiful moray eel peering out from underneath and the brightly coloured parrotfish nibbling at the mooring lines.  Lovely black and yellow angel fish came up to see what we were doing in their watery wonderland and a turtle swam on by!  And all this off the back of Bandit!!  Our morning swim, which is usually reasonably energetic,became a doddle as we stopped to check out our underwater friends. 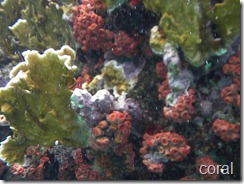 Bonaire is completely surrounded by pristine reefs – all protected with strict regulations in place.  You can’t fish here or even take a dead shell or piece of coral.  Sealife rules and it’s to the benefit of those enlightened tourists who come to this sustainable environment.  It is a diver’s and snorkeller’s paradise and we found ourselves becoming ever so slightly waterlogged as we did at least two snorkels each day…..plus our morning swim!  The water was 27degrees but you needed a suit not only to stay warm but to stop tiny jellyfish stinging. 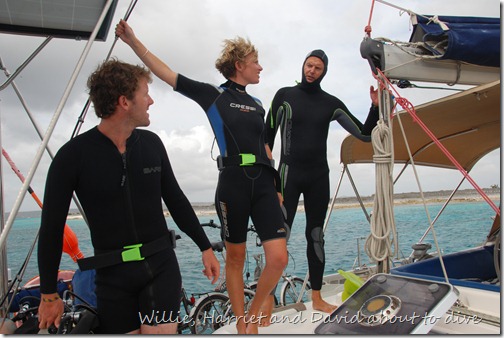 Mooring buoys are dotted around the sheltered west coast of Bonaire and Klein Bonaire – a small island a few hundred metres offshore.  We found the snorkelling here fantastic with some lovely coral and plenty of sealife including turtles, all manner of brightly coloured reef fish plus some bigger grouper and the odd barracuda.  The reef drops steeply and it was scary looking into the deep blue wondering what bigger fish were lurking.  One day as we were heading out snorkelling a huge school of dolphins surrounded us and David leapt overboard and swam with them for a while.  Another day we saw a lovely manta ray gliding beneath the tender….stunning. 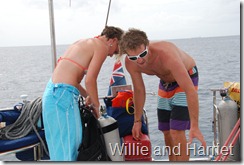 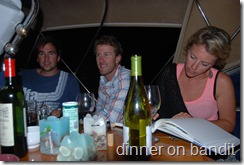 David was delighted when Blenheim friends Willie and Harriet Oswald arrived in Bonaire with Henry Willis.  All keen divers, they had a fantastic day diving including a night dive from Bandit which they all described as amazing.  Willie did say he’d had to hold Harriet down when two huge tarpoon fish, attracted by the torchlight, began hunting fish around them.   For a while Harriet thought she might be on the menu! 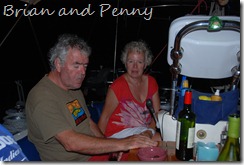 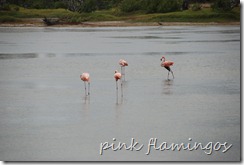 Willie, Harriet and Henry are sailing on Kiwi boat Haereroa, owned by Brian and Penny Hutchins from Queenstown.  Harriet jumps off in Panama and Willie and Henry go through to Tahiti.  We’d met Brian and Penny in Gibraltar and it was great to catch up again and enjoy a great meal on Haereroa one night and on Bandit another. 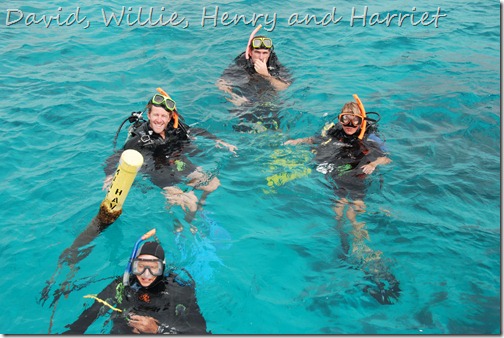 After 10 days in Bonaire it was time to move on.  The town of Bonaire didn’t offer much – the sole internet cafe was often crowded and internet slow….such things are important to cruisers.  And…we were paying US$10 a day for the mooring.  So reluctantly, we headed away to neighbouring Curacao. 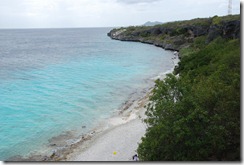 Bonaire certainly exceeded our expectations as far as the underwater life was concerned………just stunning.  We will miss our morning swim with so many friendly fish to check up on!  But we need to keep heading west…..so Curacao here we come. 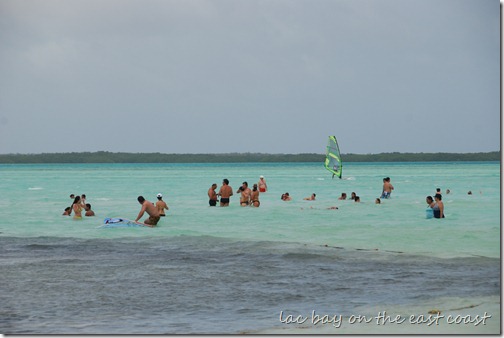 Posted by Brenda Webb and David Morgan at 21:59