Checking out the Chesapeake

After two weeks in Solomons having work done on Bandit, we were getting restless - we’re not used to staying in one place for long!  With no work over the weekend we decided to head away and explore the eastern side of Chesapeake Bay.  Gentle afternoon breezes provided good sailing across the bay and we anchored off the very English sounding town of Oxford.  And yes – Cambridge is just a bit further up the river!  Both towns were settled by the English gentry in the 1600s and thrived during the tobacco and slave market boom.  After the Civil War Oxford found new prosperity from its bountiful oyster beds.  It’s still very much a waterman’s town with boat building, marinas, fishing and tourism based around the sea. 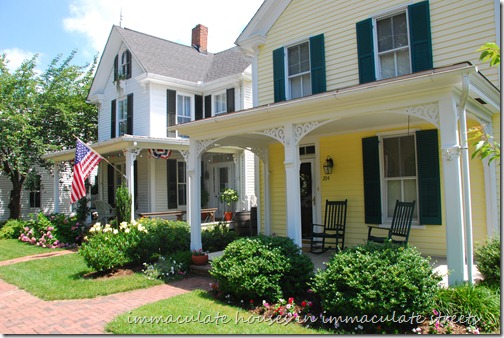 Ashore, Oxford was almost too perfect for words.   Beautiful leafy streets dotted with immaculate houses with perfectly manicured lawns and gardens. There were no hedges to keep out inquisitive eyes, just the requisite white picket fence or two and the shady front porches with rocking chairs looking very inviting. 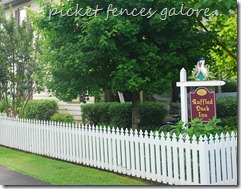 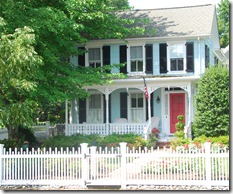 For the third time in as many weeks we anchored just before a huge thunderstorm hit.  Weather in the Chesapeake in summer is unbelievable.  Before we visited, American cruisers we met described it as the place of “100, 100, 100.”  Translated it’s 100 days of 100 degrees Fahrenheit with 100% humidity.   Having spent time in Brazil, Guatemala, Colombia and Trinidad in rainy (hot) season we figured we could handle it.  Wrong!  It’s been the most unbearable heat we’ve ever had- just as well David installed a fan beside the bed as the nights are stinking hot and still.  We always sneered at American cruising boats with air conditioning units sitting above the hatches, but when someone offered us one we grabbed it! 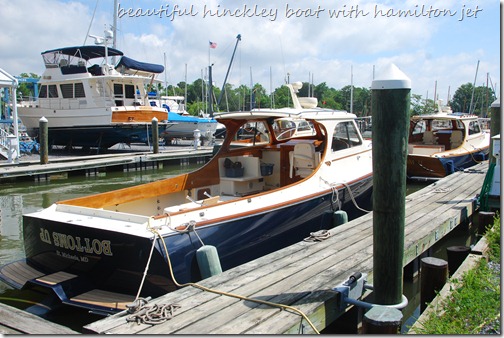 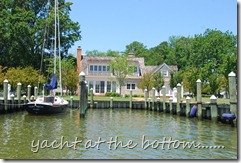 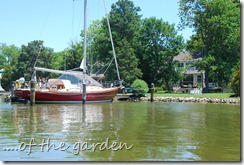 After spending a wonderful morning wandering Oxford’s neat as a pin streets and exploring the indented waterways by tender, we headed to nearby St Michael’s.  The trip up the Choptank River was fascinating with some amazing waterfront holiday homes.  Even the smaller properties have docks where they can tie up their boat. 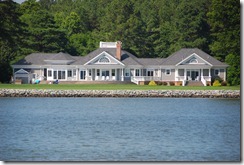 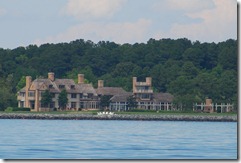 Since arriving in Chesapeake Bay we’ve spent a lot of time dodging floats marking crab pots.  Getting one of these tangled around your propeller would not be fun.  But on the eastern side of the bay crabbing is done by running out a baited “trot line” which is left for half an hour then pulled in slowly.  As the bait passes through a loop the fishermen use a net to scoop up the crabs that have grabbed the bait.  We couldn’t quite figure out what they were doing so had to go and ask and they happily explained the procedure to these ignorant Kiwis.  Crabs are huge here – they feature on every restaurant menu and you see them on bags, t-shirts, cushions, tea towels.  Even the smart jewellery shops have crab charms, rings and brooches. 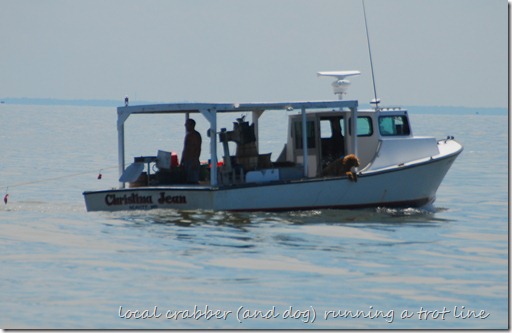 St Michael’s gained notoriety in the 1812 war when locals rigged up lanterns in a nearby forest to fool the British into thinking that was the town.  The ploy worked – the forest was shelled and the town saved.  In more recent times the town became popular after the publication of James Michener’s Chesapeake which is set all around this area.  And no…neither of us managed to finish it years ago so planned to buy a copy – but couldn’t find one in town! 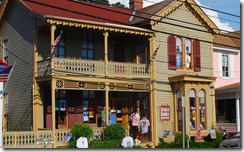 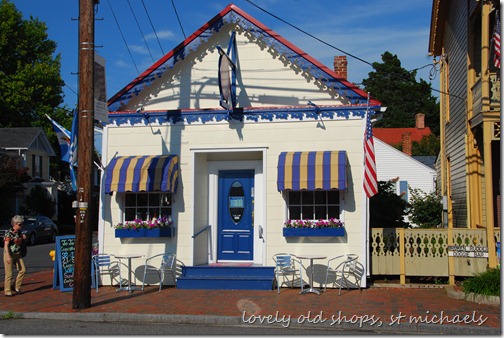 St Michael’s, like Oxford,  was picture postcard perfect with immaculate houses and gardens in neat and tidy streets, quirky boutiques, gift shops and galleries and a beautifully developed waterfront area with marinas, a maritime museum and restaurants and bars.  It was wonderful to browse, enjoy coffee out (a rare treat for us) and not think about boat chores for a day or two. 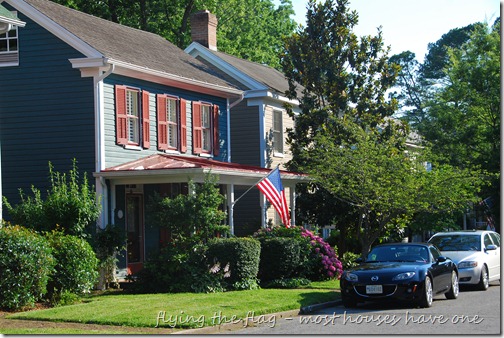 We met up with Australian cruisers Carol and Pete off Jack Tar here.  They carried a cautionary warning about making sure we carried lifejackets in the tender.  We’d done this religiously in Florida and Georgia but had been a bit slack in Maryland since we were only flitting to and from the dock.  So were they – but they got stung by a $95 fine for not carrying them.  Hmm…that’s one way to encourage foreign cruisers to visit!  Surely a warning would have been sufficient? 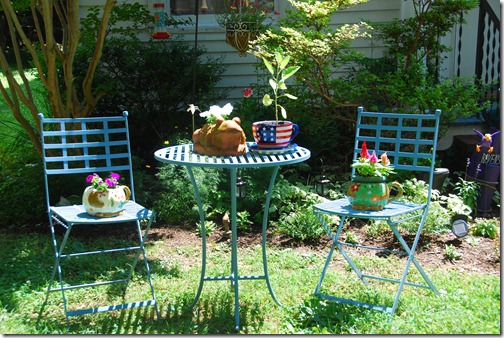 Posted by Brenda Webb and David Morgan at 15:06