It’s debatable who Martha’s Vineyard’s best known dweller is – a killer shark or US president Barack Obama.  Both have spent time on this gorgeous island - in fact Obama was “in residence” when we were there - but his notoriety pales in comparison to that most famous shark of all, Jaws.  The star of Steven Spielberg’s 1975 blockbuster movie lived (fictionally) in these waters, terrifying locals and holidaymakers alike.  We enjoyed this little piece of paradise immensely but failed to spot either a shark or a president. 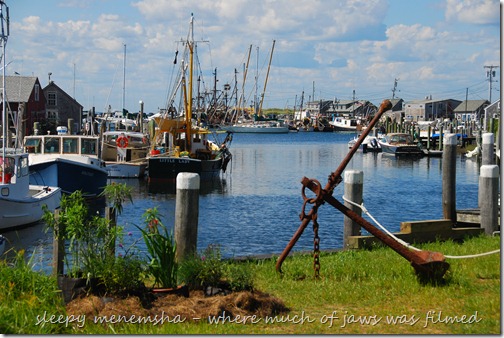 First stop for us was Menemsha, a sleepy village on the west coast where much of the filming for Jaws took place.  There’s only a handful of houses here and most people visit by bus, bike or car to soak up the sun on pristine white sandy beaches and eat seafood sold from local fishing boats. 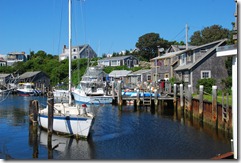 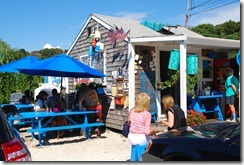 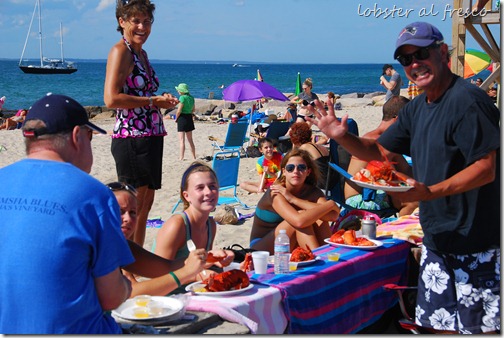 There are three main towns on Martha’s Vineyard – Vineyard Haven, Oak Bluffs and Edgartown – and we anchored near Edgartown, right off the island of Chappaquiddick, and explored the north of the island by bike.  Brilliant dedicated bike trails all over the island made this easy although our legs complained after a couple of busy days! 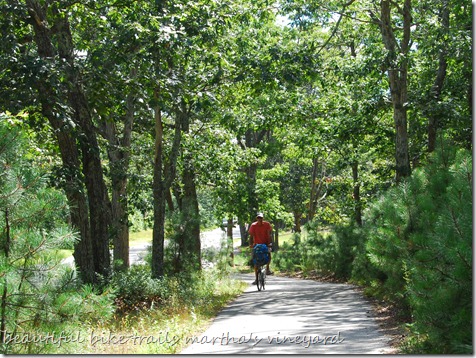 Edgartown itself was pretty enough with the kind of shops we’d come to expect in these kind of resort towns.  Great for window shopping and that’s about it.  We did find a fantastic coffee shop and had the best coffee we’ve had in the US. 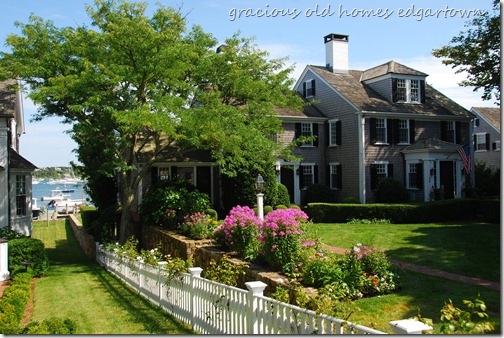 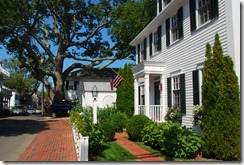 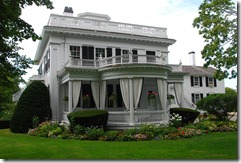 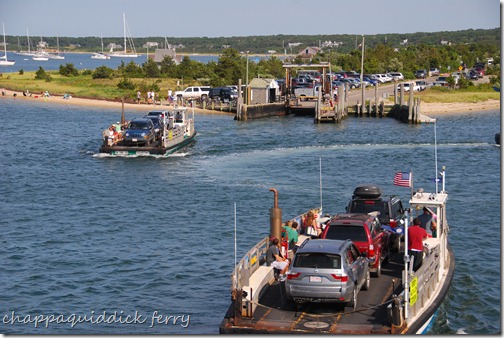 Biggest surprise we had in Martha’s Vineyard was seeing KZ7 (Kiwi Magic), roll on in.  KZ7 was (so the skipper informed me) our first America’s Cup entry in the 1987 series off Freemantle.  Skippered by Chris Dickson she won 37 of 38 races before going down to Dennis Connor’s Stars’n’Stripes.  Yep while those sleek cats were fighting it out in the waters of San Francisco the gracious 12m yachts from yesteryear, including Weatherly from 1958 and Courageous from 1974 were racing off Martha’s Vineyard.  Seeing KZ7 sailing and still proudly flying her New Zealand flag was just wonderful. 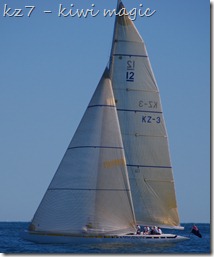 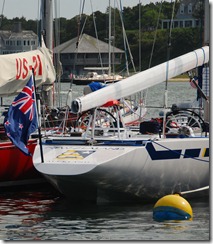 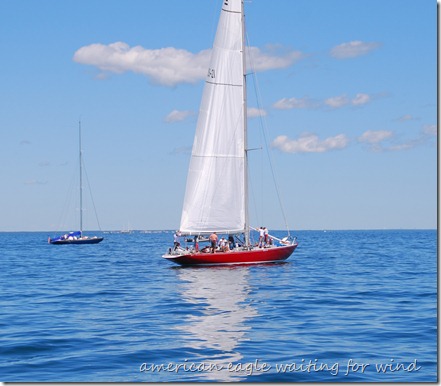 We thought we’d had our fill of beautiful boats in Newport, but since arriving in the waters of Nantucket and Martha’s Vineyard we’ve been stunned – not only at the numbers of boats but at just how gorgeous they are.  From large gleaming superyachts to beautiful small classics what they all had in common was their immaculate condition – polished to within an inch of their lives. 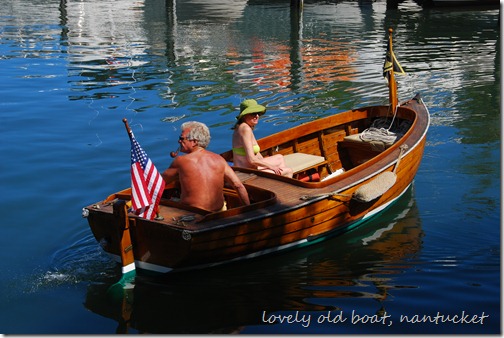 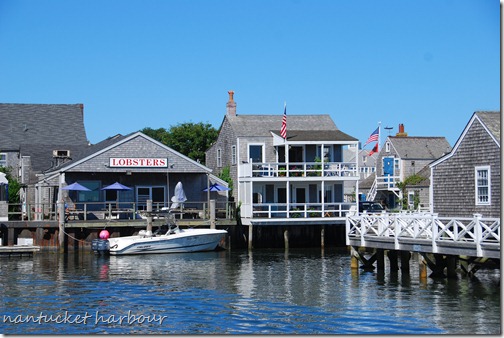 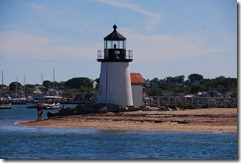 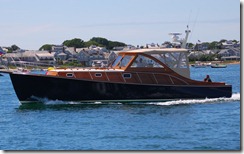 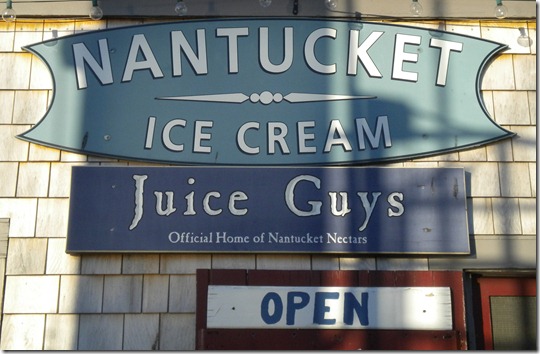 Nantucket was beautiful.  Strict building restrictions ensure houses are tasteful – all built from cedar shingles with the only paint colour  white.  The only exceptions are the magnificent mansions built by wealthy whalers and ship captains in the late 18th century.  We spent a lot of time wandering the cobbled streets looking at houses and gardens or biking the coastal route doing the same. 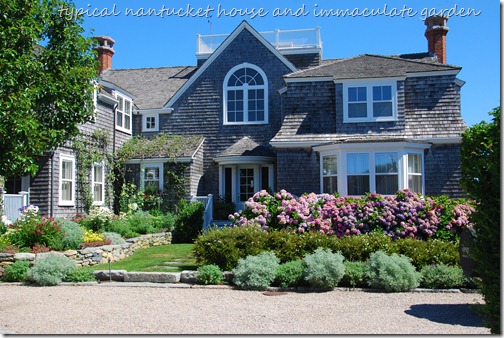 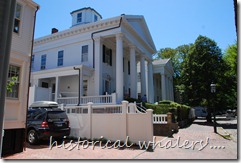 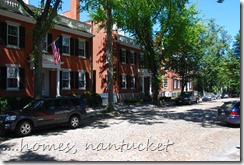 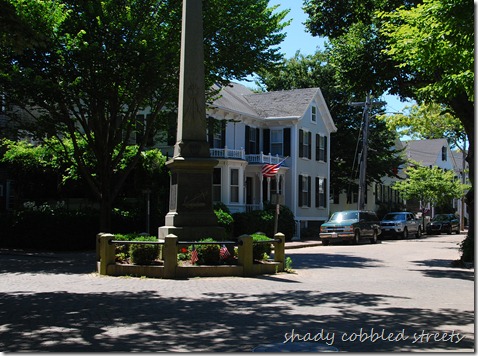 Like neighbouring Martha’s Vineyard, Nantucket is made for cycling – it’s relatively flat and there are miles of dedicated cycleways flanked with wildflowers, wild grapes and shady trees.  They run through salt moors, past cranberry bogs and through large conservation areas.  We often stopped to pick wild raspberries and blackberries – once disturbing a wild deer. 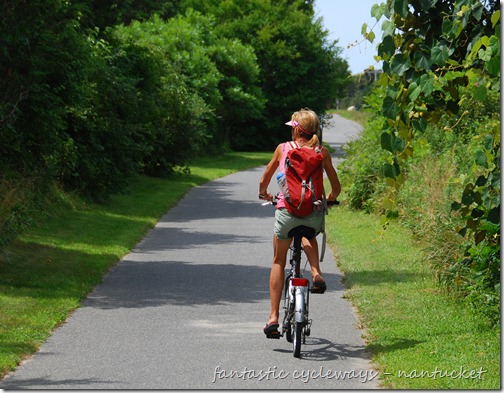 The beaches surrounding tiny Nantucket are absolutely pristine – the clear Atlantic surf crashes in on white sandy beaches that stretch for miles.  A great place to take a picnic lunch. 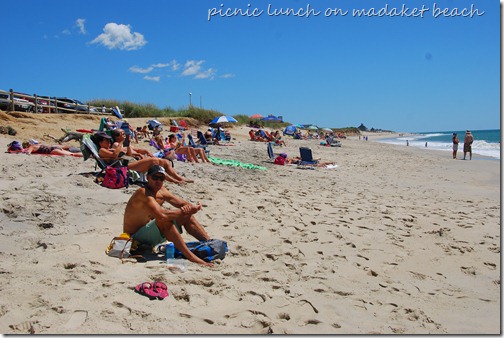 But it’s the small towns on Nantucket that really captured our eye – beautiful Sconset in the east was almost too perfect for words.  After a few hours strolling the cliff top past beautiful house after beautiful house, we decided it was perhaps a little too manufactured but gorgeous all the same. 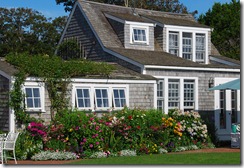 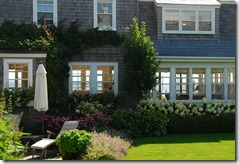 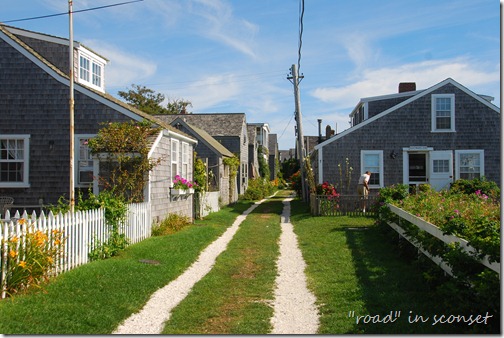 The busiest people in this town were the dozens of gardeners out clipping hedges, weeding borders, mowing lawns and picking up leaves.  As we sat in the village sipping the most expensive coffees we’d had in America ($6 each – eek!) we could hear the ping of tennis balls.  Ah, so that’s where all the ladies are! 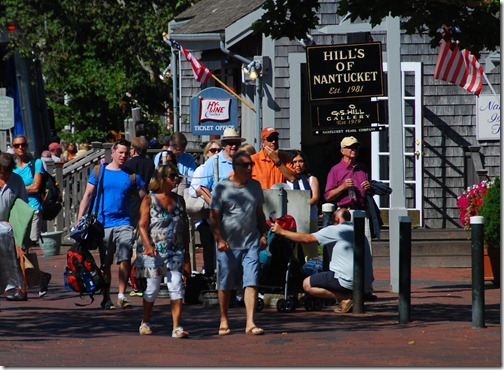 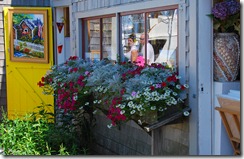 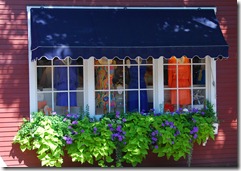 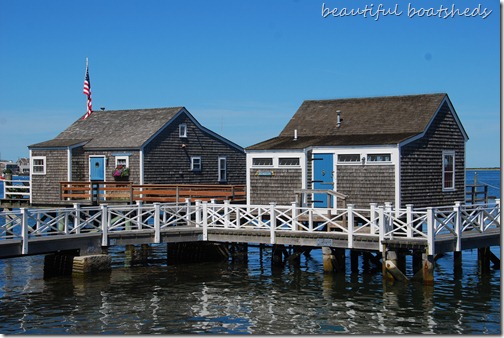 Nantucket was a turning point for Bandit because it’s as far east (and north) as we plan to go this season. So every mile we do from now on is one mile closer to New Zealand! Only 12,000 to go.

Posted by Brenda Webb and David Morgan at 22:01