The Heiva was in full swing in Huahine and Raiatea in early July and we managed to catch plenty of activities.   An annual two week festival that is held in the lead up to Bastille Day the Heiva originated back in 1882 but before that a pagan festival was held to mark the southern hemisphere solstice.  The Heiva is taken seriously and on any island there will be a long list of activities planned.  Locals really get into the swing of things and it was great to watch  traditional dancing and events such as coconut husking contests, a run carrying bananas on sticks and pirogue (outrigger canoe) races. 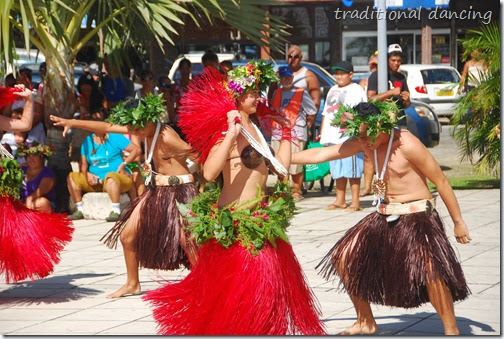 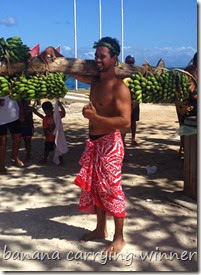 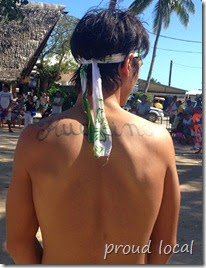 We sailed to Huahine to pick up Blenheim friends Jenny and Johnny Oswald and, before they arrived, had a lovely few days relaxing and just enjoying this lovely island.  One day we hired a scooter and toured both Huahine and Huahine Iti – the smaller island in the south – stopping to pick papaya and banana from the lush tropical roadsides.  Few tourists visit this island and the locals were particularly friendly and welcoming.  It was a refreshing break from the busier islands. 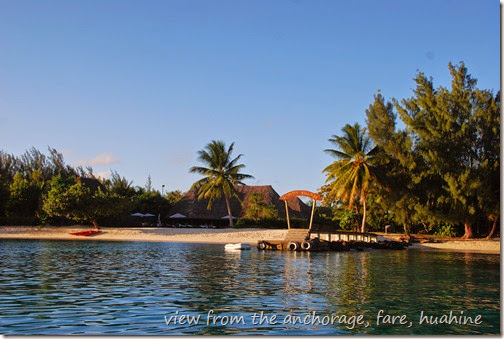 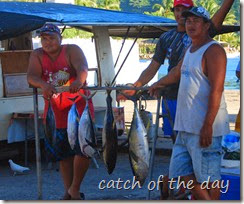 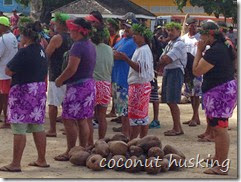 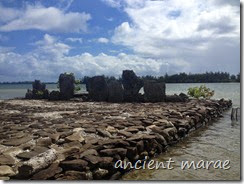 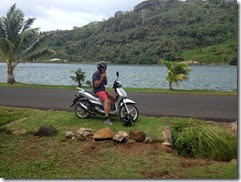 With Johnny and Jenny on board and good wind forecast we set off for Taha’a.  There was a bit more wind than we expected and, for the first time in ages, we were hard on the wind.  It made for a fast trip.  On Taha’a we headed around to the wonderful coral gardens on the west coast.  The snorkelling between two motus (islands) is exceptional with friendly and inquisitive fish and some lovely coral.   We also discovered some excellent snorkelling a little further north.  The best thing about the anchorage is the stunning view of Bora Bora. 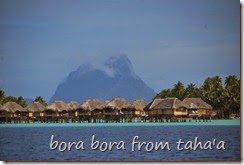 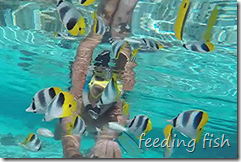 We sailed around Taha’a and went onto the dock at Uta Roa on Raiatea which was jam packed with cruising boats all there for Bastille Day.  It was fun to catch up with friends we hadn’t seen for a while.   The next day we enjoyed the celebrations held to farewell the fleet of traditional sailing boats that headed off to recreate the early Polynesian voyage to Samoa and New Zealand. 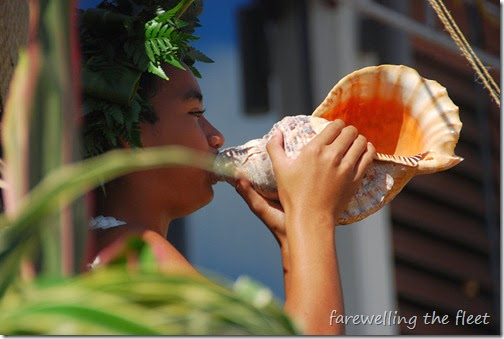 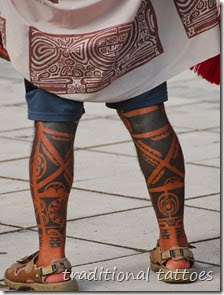 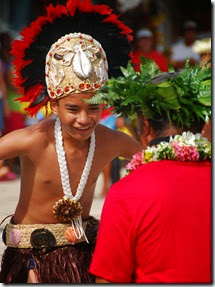 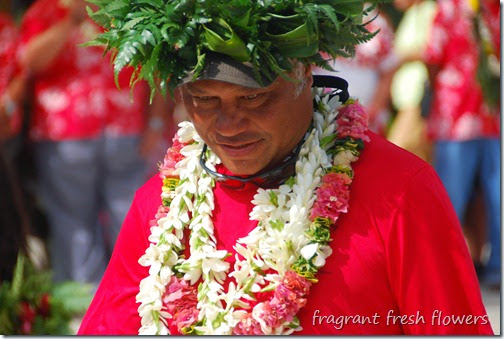 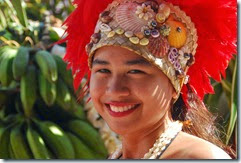 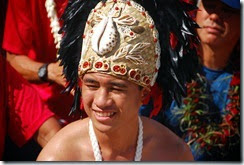 While in Raiatea last time we’d discovered a gorgeous anchorage south of the main town beside an immaculately kept motu.  We returned and this time visited the pearl farm run by PeeWee…a friendly local we’d bought pearls from last visit.   PeeWee lives on a small houseboat anchored in the lagoon leading a very basic and simple lifestyle.  It was amazing to see the delicate work involved in opening the oyster and inserting a tiny seed around which the classic black Tahitian pearl forms.  It takes 18 months to two years for a pearl to grow and each oyster can produce three pearls in its lifetime. 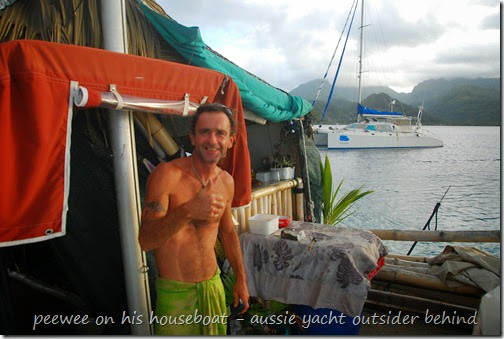 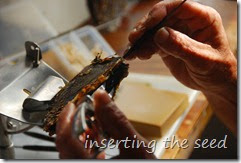 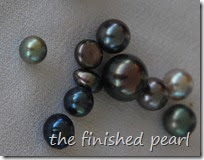 After a night in this lovely anchorage and birthday drinks on fellow Kiwi boat Moxie we headed down around the bottom of Raiatea enjoying some remote and serene anchorages before picking the right wind for a lovely sail across to Bora Bora.  Best part was hooking and landing a huge mahimahi which proved to be a team effort.  Our previous attempts had resulted in the fish throwing the hook but this time we made sure and have the photographic evidence to prove it! 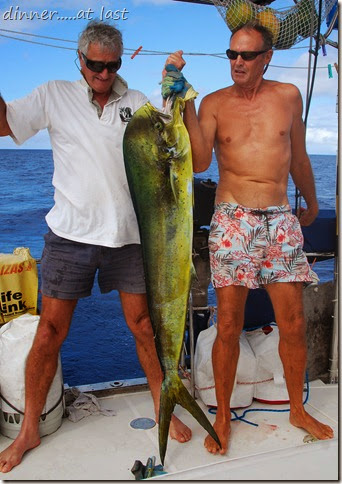 Posted by Brenda Webb and David Morgan at 03:53