Okay, so we will probably cop a bit of flak for saying this but we were totally underwhelmed by the haunt of the rich and famous – the (once) exquisite Bora Bora.  Yes, it is scenically spectacular with  astonishing jagged peaks, turquoise lagoons and stunning sandy white beaches but there’s also a  lot not to like about this (in our opinion) overrated, overpriced and overcrowded French Polynesian island. 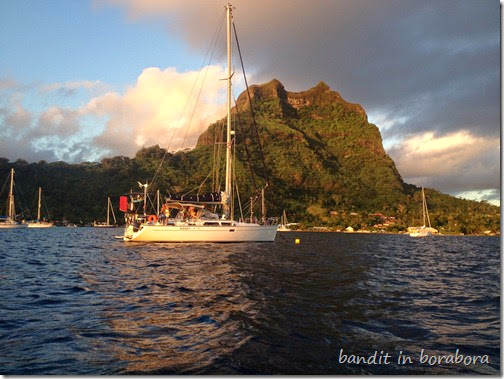 As soon as we entered the pass the water became milky and visibility for snorkelling was poor.  Abandoned resorts dot the waterfront and at one, the once proud and fabulous Hotel Bora Bora, we were given the short shift…not even in a nice manner.  We had only wanted to go ashore as David had holidayed there as a teenager in 1972 and returned by yacht in 1993 and was keen to reminisce. There were only a couple of hotels in ‘72, few cars and wonderful snorkelling.  He found that had all changed with rampant overdevelopment seemingly without any thought to the fragile ecology and a total lack of infrastructure.   The brochures describe Bora Bora as the friendly island – not for us.  We were also escorted from the grounds of the Hilton Bora Bora after going ashore for a drink. To top things off a boat moored near us off the main town had three fishing rods stolen overnight. We’d heard petty theft was rampant but it was disappointing to experience it close hand.  So sorry Bora Bora - you get the thumbs down. 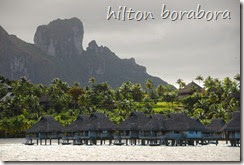 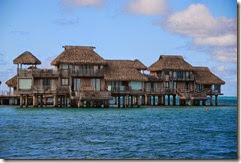 Now to the good bits…and there were a few.  We were there with Blenheim friends Chick and Pete Anderson and so we had lots of laughs and (thanks to Chick) some wonderful meals on board including barbecued duck and tuna tartare.  We also had a fun lunch at the fantastic Bloody Mary’s restaurant compliments of the Andersons.  Fellow sailor Per Rold told us we simply must go there – so we did and it was wonderful.  Great ambience, friendly staff and, of course, great Bloody Mary’s.  The burgers weren’t too bad either. 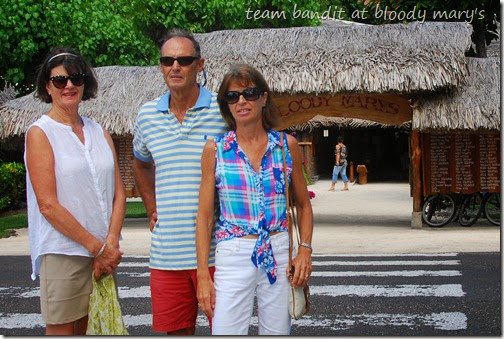 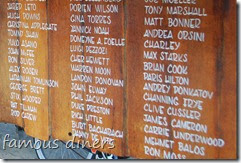 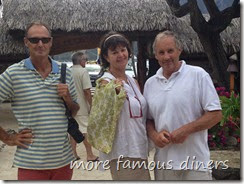 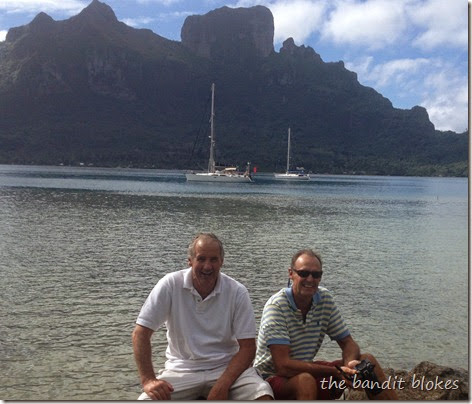 But before we could indulge in the burgers and fries we had to earn it – so a hike to the top of the hill was in order.  Heart rates were up, leg muscles ached and magnificent views were had by all.  Back on board we had a swim and a scrub up before heading ashore to the wonderfully atmospheric Bloody Mary’s. 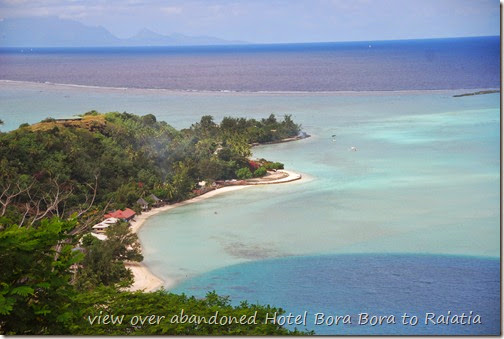 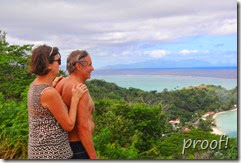 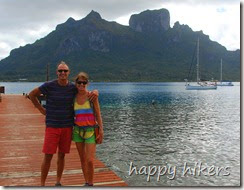 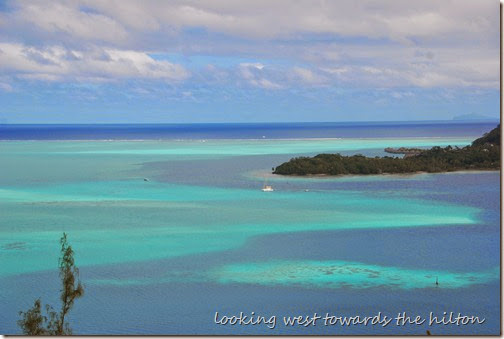 We had a look in one of the pearl shops near Bloody Mary’s and I handled the most perfect pearl necklace we’ve seen yet – and we’ve done a lot of looking.   The US$70,000 price tag was a bit daunting but they were absolutely beautiful.  Our time in Bora Bora was brief as we plan to return later in the month. With good winds we headed back to Taha’a where we had a magic snorkel on the coral garden. All too soon it was time to drop Pete and Chick off in Raiatea for their flight to Papeete and NZ. A fantastic time with wonderfully generous and kind friends. Thanks Pete and Chick! 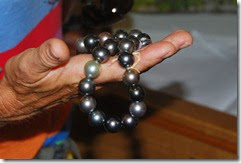 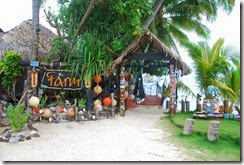 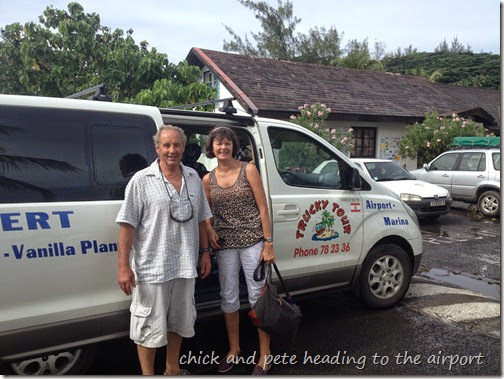 Posted by Brenda Webb and David Morgan at 03:28