We quickly realised that travelling independently in the Galapagos was nigh on impossible.  The land area is 97% national park and you need to be accompanied by a guide to enter - with a few exceptions.  Cruising yachts are restricted to three anchorages and you can’t just take the tender and go off snorkelling.  Keen to see the wildlife up close as Darwin had back in 1835 when he visited on the Beagle we took advice from fellow cruisers Tulu and booked a multi island tour.  The whole idea of doing this is to manage the resource and keep tourism at a sustainable level but we’re not so sure about that – at times some of the Galapagos felt as crowded as anywhere else! 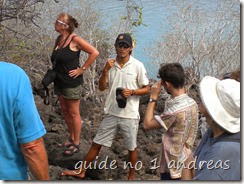 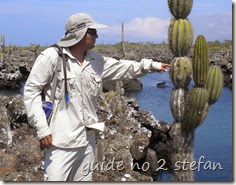 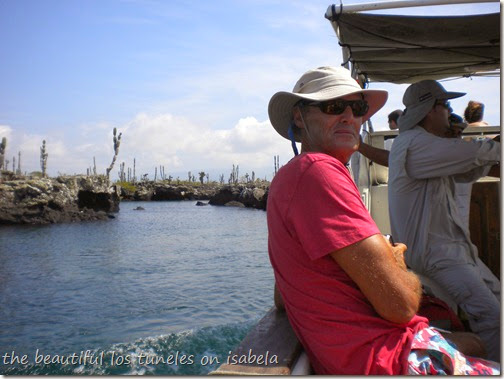 We opted for a five day/four night trip that took in four islands – San Cristobal, Floreana, Isabela and Santa Cruz. At nights we stayed ashore which was a novelty for us, but for non cruisers staying on a boat probably gives a better perspective.  You get to wake up in  remote locations and see the animals in their natural habitats before the tourists descend.  Of course we are lucky enough to do this every day and San Cristobal has been magic for that. 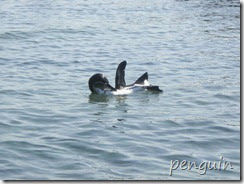 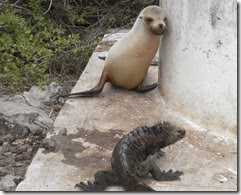 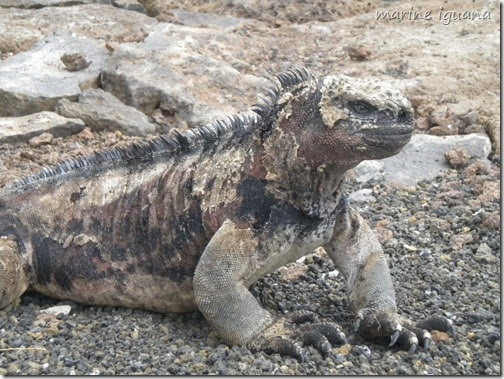 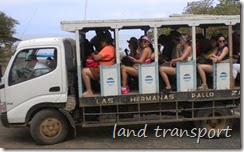 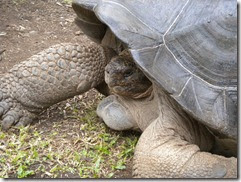 Our tour was a great mix of land and sea activities with lots of snorkelling.  Call us spoilt but having done most of our snorkelling on our own having to cope with 10 others was trying at times.  Most of the group were experienced but there was the odd lifejacket wearing “splasher” amongst us.  However we did see all the wildlife we hoped to with the highlight being the white tip reef sharks on Isla Isabela.   They were completely nonchalant about us and only the odd curious one came out of the cave they were sleeping in. 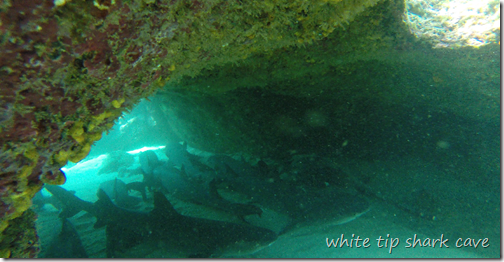 We did a fantastic day trip to Los Tuneles on the south west coast of Isabela to the blue footed boobie breeding colony.  Being breeding season it was intriguing to watch the males do a clownish dance involving flapping their wings, stamping their stunning blue feet and whistling a classic wolf whistle to any females within range.  Afterwards we snorkelled amongst the wonderful lava tunnels formations spotting sea horses, colourful reef fish and the ever playful sea lions and rays.  Best experience was getting incredibly close to the giant turtles – so close we had to consciously avoid them! 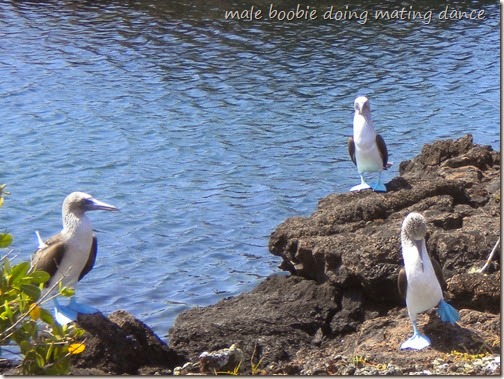 We also got to see the amazing frigate birds up close.  We often see them at sea – waiting to scavenge food from other sea birds – but as it was breeding season we got to see the male with his puffed up red chest furiously trying to attract a female. 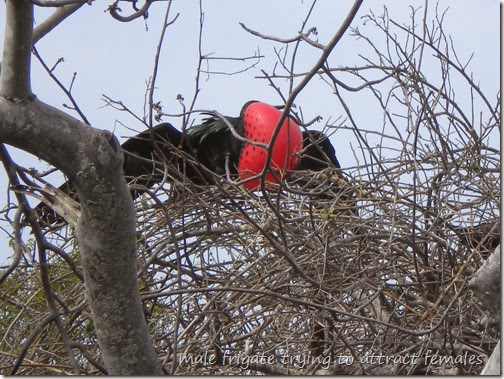 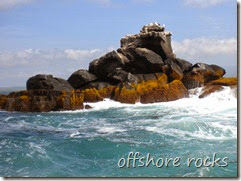 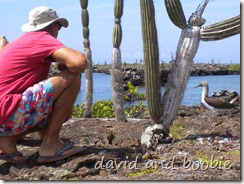 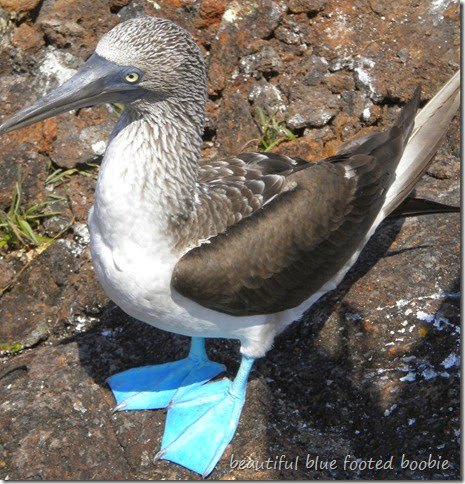 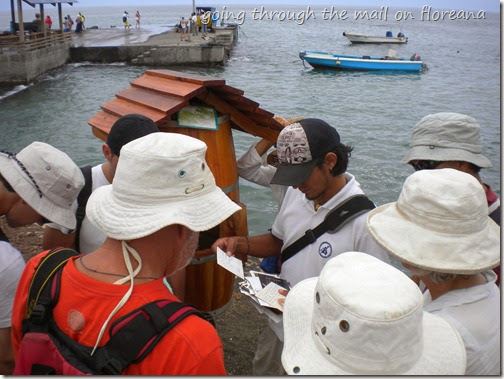 On Floreana we did our thing for fellow tourists and checked the mail at the historic post-box.  This system harks back to whaling days when ships would leave mail in the post-box for other ships heading home.  Unfortunately there were no postcards with New Zealand in the address…..would have been great to take it the “original” way, by sail!  On Santa Cruz we hiked to Tortuga Bay where baby black tip reef sharks swam around our legs in the shallow water.  On our final day we had a trip into the amazingly lush highlands to the lava tunnels  before being ferried back to San Cristobal. 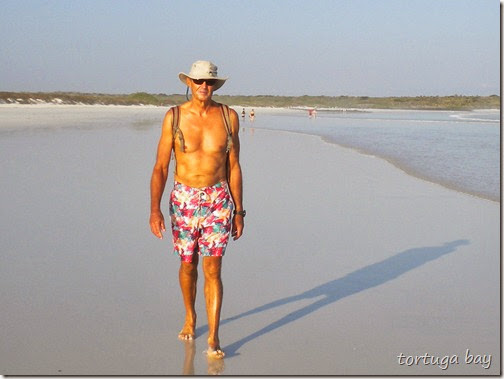 We thoroughly enjoyed our trip which gave us a great insight into this archipelago. Our guide Andreas was knowledgeable and passionate about the Galapagos which made the experience even more special. Having done justice to these stunning islands with their bountiful wildlife we’re now about to head to the Marquesas. You can follow our progress on our at sea blog - www.blog.mailasail.com/yachtbandit

Posted by Brenda Webb and David Morgan at 22:56