Dotted seemingly in the middle of nowhere is a group of beautiful palm tree dotted Caribbean islands, sandbars and coral reefs that make up the Hobbie Cays.  Owned by Honduras and lying about 80kms off the north east coast, they are uninhabited except for a few lobster fishermen. The Hobbies were roughly halfway between Providencia and the Honduras Bay Islands so we opted to overnight there to catch some sleep.  It was so beautiful we stayed for two! 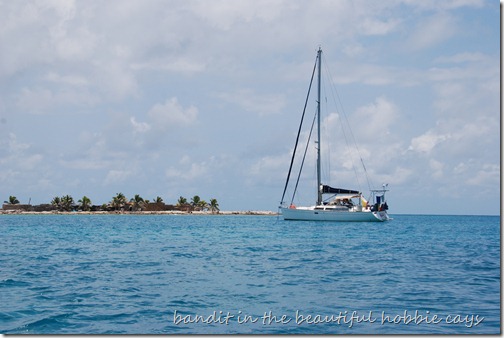 Our sail up from Providencia was wonderful, with light winds on the beam all the way.  Highlight was catching a good mahimahi – lowlight was having a friendly migrating swallow jump aboard for a ride, stay for a few hours and then die!  Burial at sea followed. 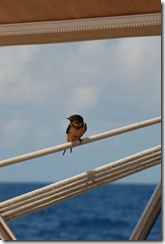 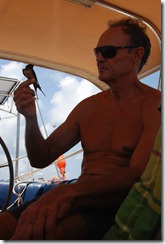 Minutes after dropping anchor behind one of the islands, friendly fishermen Jose and Gabriel arrived with a bucketload of lobster tails.  They spoke good English and so we chatted for a while and they told us they each had an island to caretake.  Commercial lobster season was over and the pots were piled high between coconut palms on the tiny islands.  We gave them a small bottle of rum (we’d stocked up in duty free Providencia) and some coke and they were delighted. 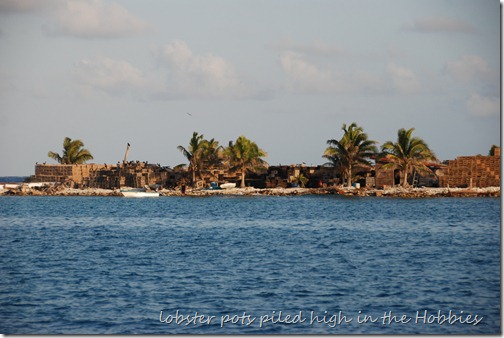 That night we ate freshly grilled lobster tails and panfried mahimahi and watched the sun set –life doesn’t get much better!  Next day we snorkelled on the reefs around the islands hoping to see lobster and sure enough, found one rock that was crawling with them but we let them be as we had enough lobster on board to keep us happy. 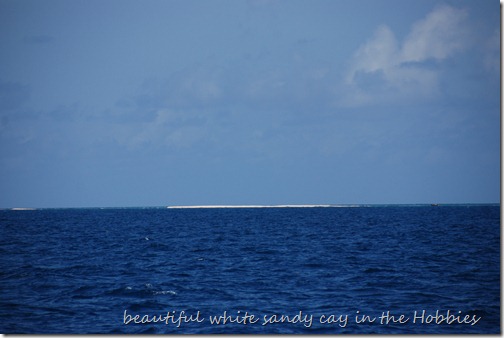 After one enjoyable day and two solid night’s sleep we headed west for the Honduran island of Guanaja with American catamaran Puma not far away…..for a while anyway.  Cats don’t like wind from behind so George and Candice started the engine and quickly left us in their wake.  Once the wind increased however they put up sail and Bandit slowly caught them up. 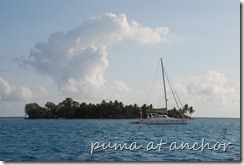 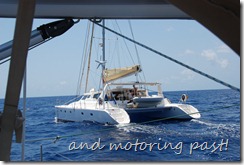 The skipper insisted on fishing, spurred on by hearing on our morning net that fellow cruisers Eye Candy had caught an 18kg marlin.  Not long after the line went out it screeched and ran - we had a big one.  Yeap…a shark.    Jaws live.   He was absolutely beautiful. 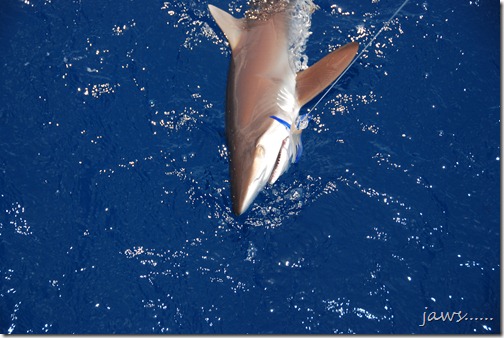 It put up a mean fight and it took some time to get the hook out of its snapping jaws.  We were pleased to see it finally swim away to live another day and scare yet another yachtie. 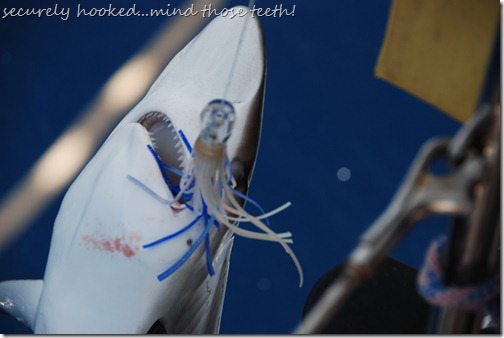 With conditions remaining perfect we sailed on towards the Honduras Bay Island of Guanaja enjoying the best sailing of the season.

Posted by Brenda Webb and David Morgan at 23:50