It was always going to be a close shave – the tide level at the mouth of Guatemala’s Rio Dulce is 2m and Bandit draws 2.06m.  We needed to cross the bar as Bandit is spending hurricane season 30km or so up the river at the town of Fronteras, an incredibly popular and safe hurricane hole for yachts.  We planned to cross on full moon…..but even with the high tide we knew we would bump and grind our way in.  Bandit has been sitting lower and lower in the water the past five years as we’ve added Italian pasta (kilos of it), Moroccan bowls and tagines, Turkish rugs and Sicilian pottery. 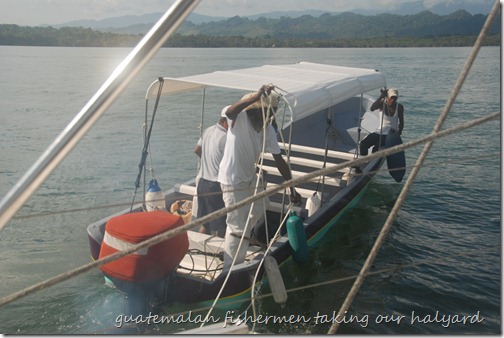 Tension was high as we approached the bar which is unmarked apart from one buoy which wasn’t where it should have been according to our guide.  Most channels have clear markers but not in Guatemala! 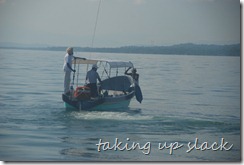 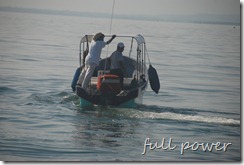 You’ve already guessed that we didn’t make it….under our own steam that is.  We bumped and scraped our way for a bit before coming to a complete halt – hard aground. 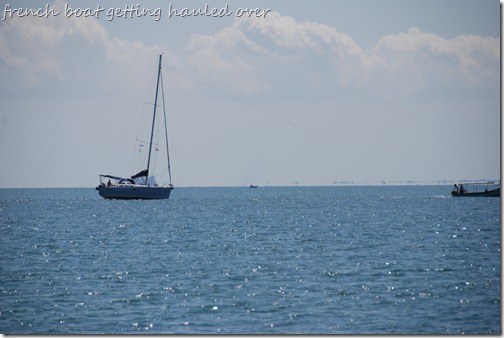 A fishing boat was quickly on the scene to offer us a tow “all the way in” for $50US.  They took our halyard and heeled us over and we slowly inched forward but went aground several times until right in the anchorage at Livingston.  Our rescuers then came alongside and announced the fee was now $75 because of the “extra work” involved.  Hmmmm….you can’t argue as you may need them again but it makes the blood boil!  We weren’t the only ones to go aground – a French boat also needed a tow.  A good day for the fishermen. 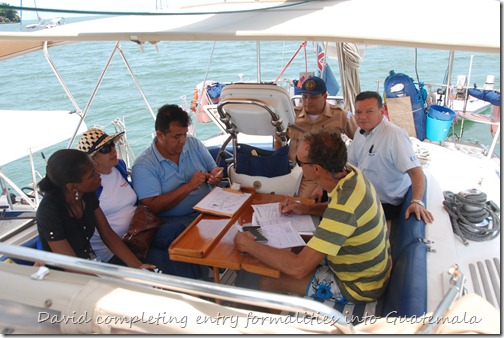 Several strong coffees later (to sooth frayed nerves) we had a visit from the local agent Raul along with customs, immigration, health and the port captain.  The usual round of paperwork followed and finally we were allowed off Bandit to go into Livingstone to get money out to pay the fishermen, Raul and provision.  Livingstone is not a safe overnight anchorage so we headed up the river. 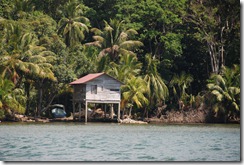 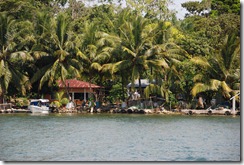 Just out of Livingstone the Rio Dulce curves and winds its way through a spectacular canyon (we’d call it a gorge in NZ) smothered with thick jungle ranging in colour from lime and emerald to bottle. 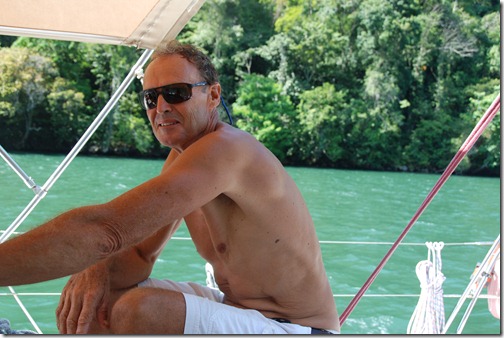 The original Tarzan movie was filmed here and it’s easy to imagine Tarzan and Jane swinging on by – there are plenty of vines for them. 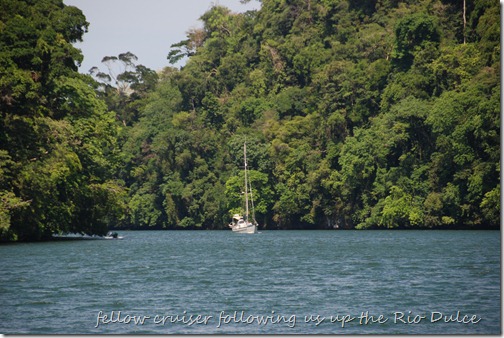 We motored slowly upriver passing shacks with thatched roofs, fishermen in dugout canoes and women washing in the river.  The only sounds were unidentifiable jungle noises. 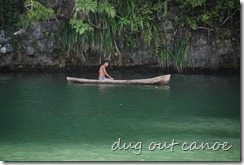 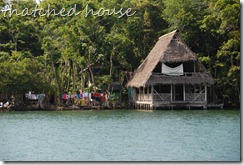 We kept an eye out for crocodiles and manatees – both of which live here - but didn’t see any.  We anchored in Texas Bay for a night – a quiet backwater off El Golfete, a huge lake. There is quite a community here and we enjoyed ice cold beers at the local bar for $1. 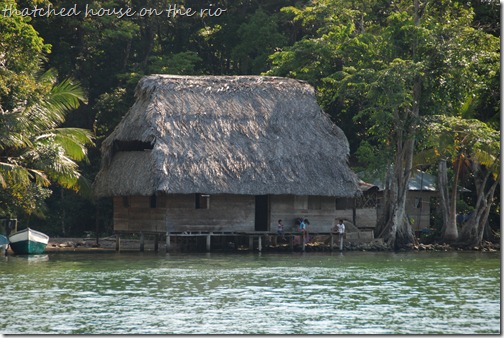 We loved watching the local fishermen skilfully casting their nets from their tiny dugout canoes….how on earth do they not tip out? The net falls in a perfect circle on the water and the fisherman hauls it in and picks out the fish caught in the net.  It’s addictive to watch. 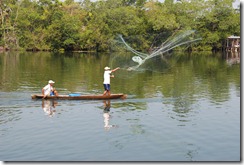 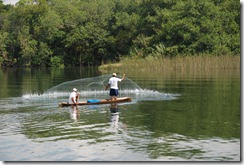 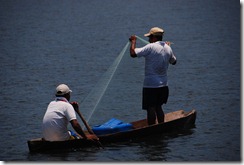 It was a weird feeling being anchored in a lake in the middle of the jungle.  Definitely no swimming here! 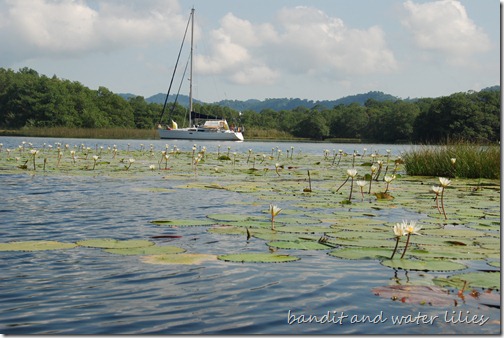 Next day we continued up the Rio and as we approached the town of Fronteras started passing some pretty upmarket houses with swimming pools and motor boats.  This is where wealthy Guatemalans holiday. 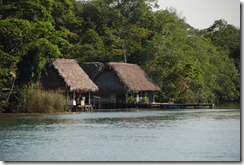 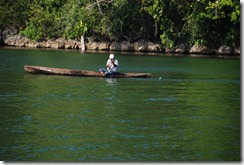 It’s a complete change to be on a river instead of the sea and we are missing the cool sea breeze (but not the salt).  Temperatures are in the high 30s and humidity 100%.  To say it’s hot is an understatement! 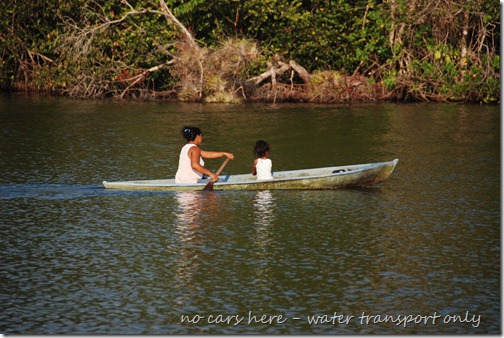 Posted by Brenda Webb and David Morgan at 18:36