Up Close and Personal….with a whale shark

Our all too brief sojourn in the Belize Cays ended up being the best day of our season – seeing and getting into the water with a whale shark.  People pay hundreds of dollars to do this and our encounter was entirely free and totally unexpected. 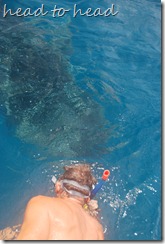 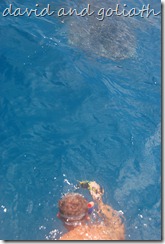 David not only got to swim with this magnificent creature but managed to get some fantastic video footage of it – you can see above that it was only inches away.  Note that skipper is firmly attached to boat with one hand in case he needed to make a hasty retreat! 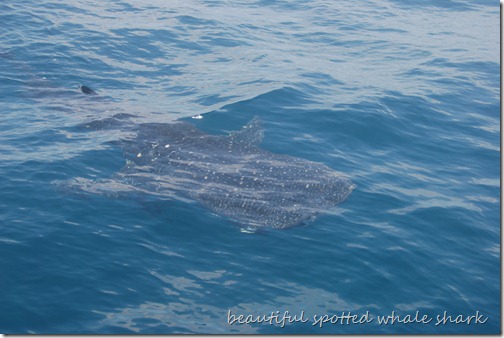 We saw the whale shark near the reef off Hunting Cay as we were leaving and motoring across a glassy flat sea. To our sheer delight the inquisitive creature glided right up to Bandit.  We put the back down and David jumped in with the video camera.  What an amazing experience…..to be only inches away from such a huge shark. 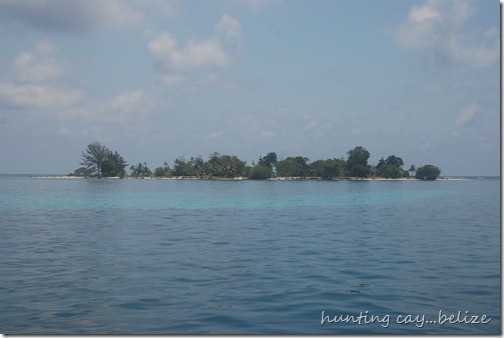 We’d have given anything to stay longer in these beautiful Belize Cays but needed to get to the mouth of the Rio Dulce in Guatemala to cross the bar at high tide. 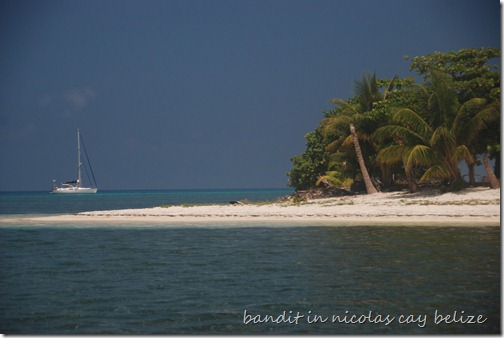 It was heart in mouth stuff anchoring.  We had an excellent guide book with good coordinates, but there is still much uncharted water around here.  To complicate matters our depth sounder is dying and only works in less than 20metres. 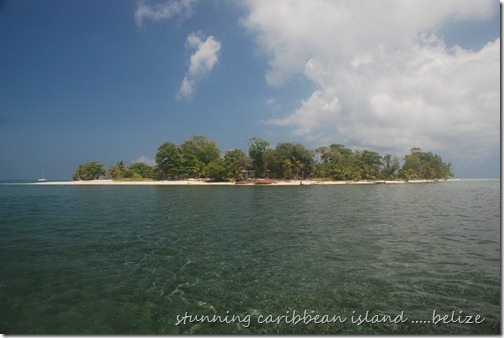 As we eyeballed our way into the anchorage I told the skipper I though it was getting shallow.  “No….still two metres under the keel,” he said, looking at the depth sounder.  I’d heard that water clarity here is so amazing that it can be deceiving but it really looked less than two metres to me.  Then…..crunch....not the best time to discover the depth sounder is now not working at all! 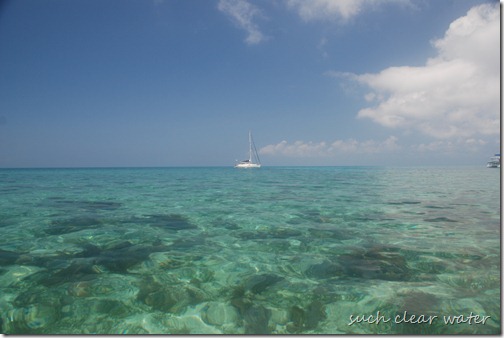 Safely anchored away from rocks we headed to the reef to snorkel. This is the second largest reef after Great Barrier and is reputed to offer some of the world’s best diving and snorkelling.  After several amazing snorkels we had to agree.  The water clarity was superb with some amazing coral and fishlife.  We saw a huge stingray feeding in the shallows, a giant green moray eel draped around a rock and lurking in the shadows, a reef shark.  Best of all the water was a tepid 30deg. 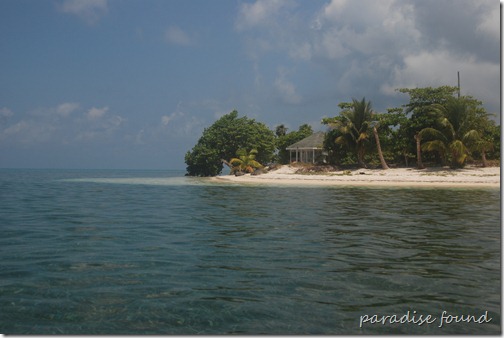 We went ashore and met the caretaker – a friendly chap of indeterminate age and race.  Belize is English speaking but he was strictly Spanish only.  We semi communicated.  He wanted cigarettes and we promised to bring some next season. 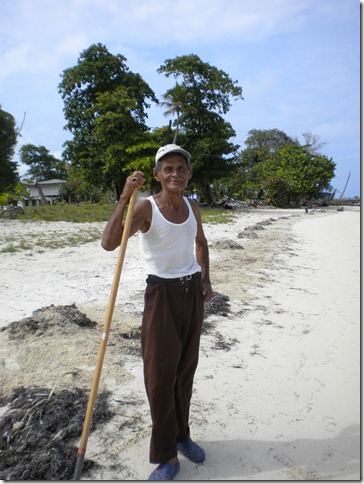 It’s a stunning anchorage -  it would have been easy to spend a week or longer here.  But Guatemala was looming and we’ve got that bar crossing to deal with.  We console ourselves with the thought it’s only six months before we’ll be back and have the entire Belize Cays to explore.  Magic! 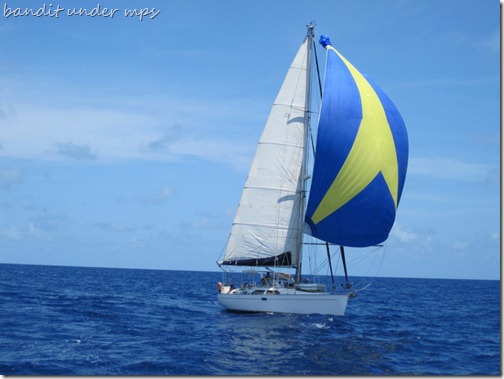 Posted by Brenda Webb and David Morgan at 22:32