Two weeks anchored in Carlisle Bay gave us ample time to recover from the Atlantic crossing, catch up on much needed sleep and explore this gorgeous island.   And what a beautiful island it is.  Our first trip was to the wild east Atlantic coast with Alex, who had hitched a ride across the Atlantic with Richard on Moonshadow.  It was a pretty wild bus ride there, but the stunning Crane Bay soothed our frayed nerves.  What an amazing spot.  On the cliff above is Crane Bay resort with spectacular views…..and great coffee. 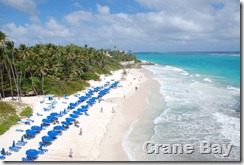 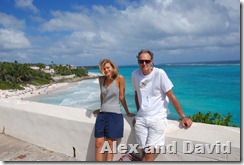 Another time we took a bus to Bathsheba – a surfing beach on the north east coast.  Not a lot there apart from a few ageing hippies, stray surfers and alternative type backpackers but the views were stunning.  We didn’t linger long, catching yet another bus to the west coast town of Speightstown - a very non touristy spot with busy rum bars where patrons spilled out onto the street, friendly street vendors and some beautiful beaches. 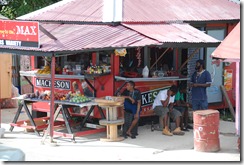 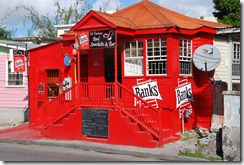 Further down the coast is Holetown, where the rich and famous come to shop.  Yes it’s all here whether it’s a Louis Vuitton handbag or a Rolex watch you need.  The supermarket even stocks Waitrose products – certainly no Tesco items here!  The gated mansions look straight out of Surrey and sit alongside the $4000 a night Sandy Lane resort with its world class golf course.  We took our roti (bought from a roadside shack) and sat on the same beach as the rich and famous, swam in the same waters and enjoyed the same stunning views.  And best of all – it only cost us our $1 bus ride! 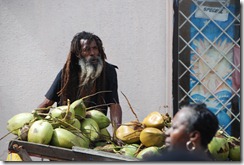 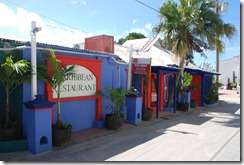 Buses on Barbados are hilarious.  It’s $1 a ride no matter the distance and you get a choice of blue, yellow or white.  The big blue buses are the main buses that ply all the major routes to a schedule while the smaller yellow ones just go when they are full and stop anywhere along the route.  Their downside is they blast out reggae music so loud you can’t think!  But the dreadlocked drivers are often a bit more mellow than the blue bus drivers and hence a little slower.  The white buses are shuttles and don’t seem to have a route and will stop anywhere and cram people in.  They’re less comfortable but a fun way to see how the locals do it. 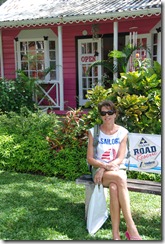 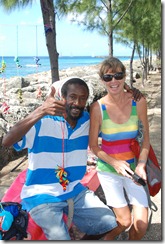 With more boats arriving in the anchorage as people made landfall after their Atlantic crossing it was a pretty social time both on boats and on the beautiful white sand beach of Carlisle Bay with several impromptu evening beach parties.  Landing the dinghies proved fun especially with a bit of a swell rolling in and one couple (who shall remain nameless) managed to give their outboard a saltwater swim!  The local cruising club was a great place for a sundowner as well with beautiful views over the bay. 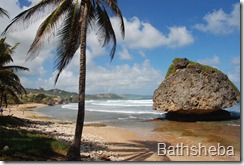 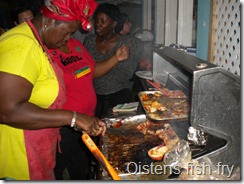 On Friday night we headed to Oistens…..a fish market on the south coast where small shacks fry up local delights including flying fish, lobster and wahu.  We went for the flying fish and it was fantastic – served with grilled breadfruit and macaroni pie.  The local dancing was a highlight – can those boys move!! 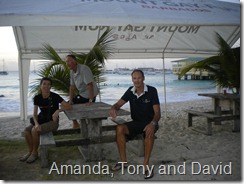 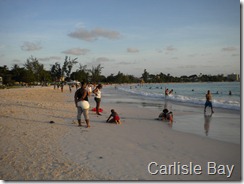 Another night we headed off to Kensington Oval to watch a 20/20 cricket match – the Windward Isles vs the Leewards.  What atmosphere, what fun…both on and off the field.  David squeezed in a trip to the Mt Gay rum factory (the oldest rum in the world) and we snorkelled on the wrecks in Carlisle Bay which were full of fish – the most we’ve seen for some time. 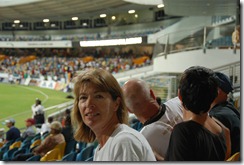 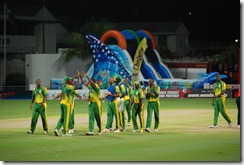 With the arrival of the Russians (Roman Abramonavich’s 553ftmotor yacht Eclipse) we decided it was time for us to move on so we headed to Bequia – an overnight sail. 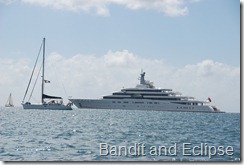 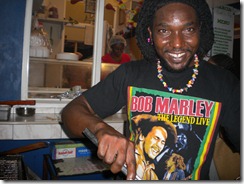 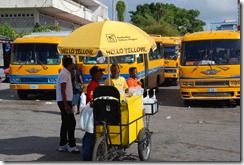 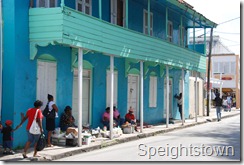 Posted by Brenda Webb and David Morgan at 16:01