Fun with family and friends

We had a fantastic “bikinis and martinis” time with David’s eldest daughter Charlotte and her husband Colin in Tahiti and Moorea.  They flew out of Papeete excited about seeing Harry (4) and Edie (3) – who they’d left in Nelson with willing grandparents – but sad their holiday was over so quickly.  It’s always extra special having our children on board – we only wish they could come more often! 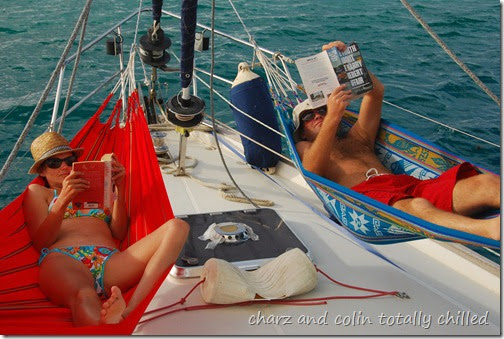 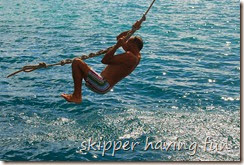 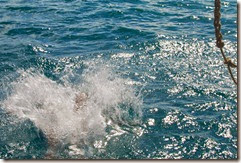 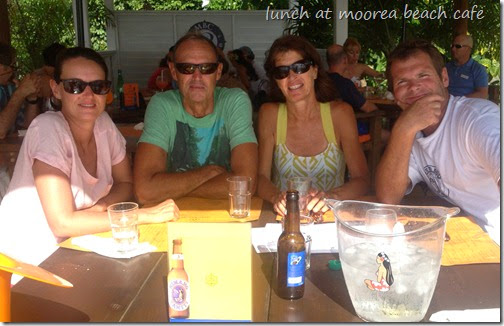 As always, when we have friends and family on board our day to day lives take a backseat – we certainly don’t want to be doing engine oil changes, scrubbing decks or steaming up the galley bottling fruit.  We always emphasize to visitors that they tend to see our world through rose tinted spectacles.  When we’re on our own we get back to normal routine which does involve engine maintenance, boat cleaning and filling the store cupboard!  I was flying to NZ on the same flight as Charlotte and Colin to visit family so left David to get Bandit back in work mode.   Auckland was wet, windy and wild (as was Tahiti when we flew out) but it was wonderful to catch up with my mum, sister, niece and absolutely gorgeous great niece Ella. 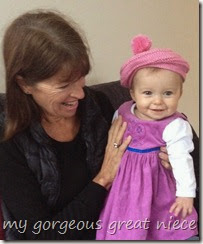 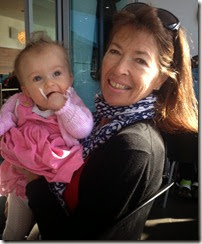 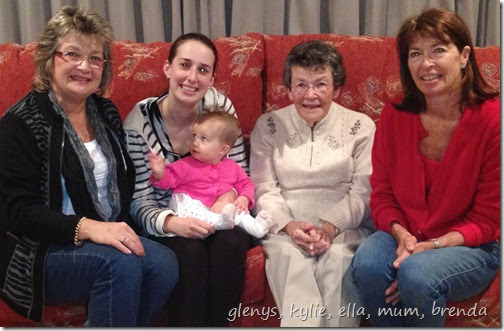 All too soon it was time to head back to Tahiti and, coincidentally, our next visitors Chick and Pete Anderson were on the same flight.   It was fantastic to be their guest in the Koru Club.   I had three seats to myself on the flight so, thanks to the Koru bubbly, snoozed all the way.  Back on Bandit it was great to see David had varnished the table between showers (yes it rains here) and done all sorts of other jobs.  Chick and Pete helped to provision Bandit, in anticipation of their stay, then headed off to Moorea for a week in a resort. 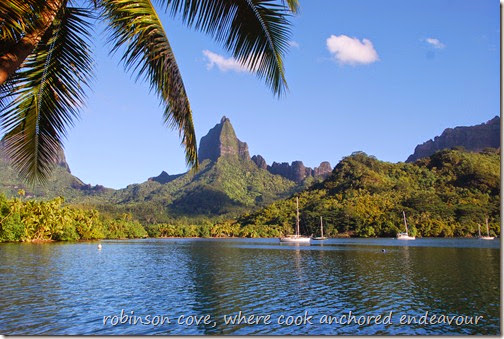 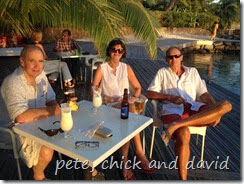 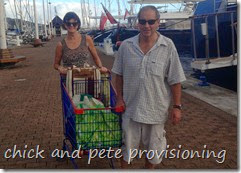 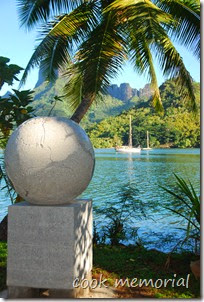 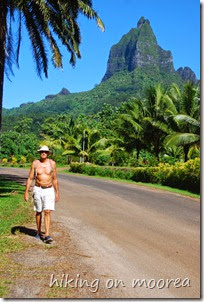 After finishing chores we headed to Moorea and spent time in Cook’s Bay and nearby Robinson Cove where Captain Cook anchored Endeavour.  It was interesting to think that within five months (all going well) we’ll be anchored in Ship Cove in the Marlborough Sounds…another favourite haunt of Cook’s.   Away from the hustle and bustle of Papeete we discovered a much more laidback French Polynesian atmosphere on Moorea with quiet roads and tiny villages.  Friendly locals broke away from their games of boules to happily pick breadfruit off their trees for us.   The spectacular peaks of Moorea beckoned so we set off for a hike through the lush valley but have to admit it was too hot to get too far. 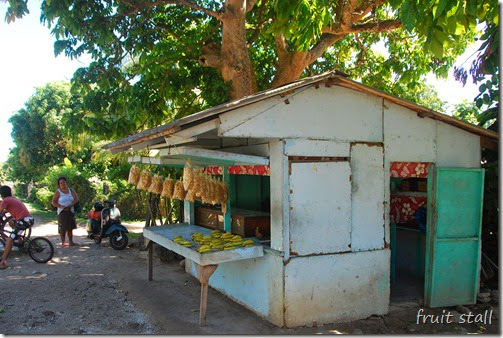 Before leaving Moorea we had one final visit to Opunahu Bay to let Chick and Pete feed the stingrays and swim with the black tipped reef sharks.  With gentle winds we headed off from Moorea to Huahine late afternoon for an uneventful and slow sail to Huahine. 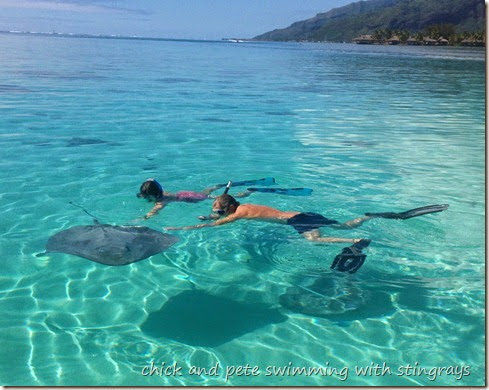 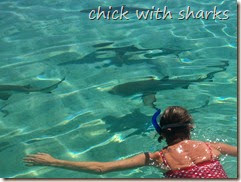 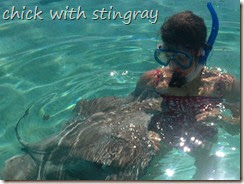 Posted by Brenda Webb and David Morgan at 03:21